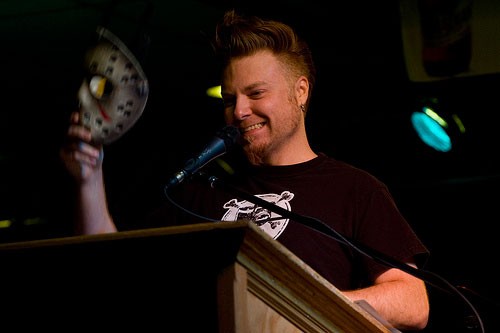 Keeping track of what Sm!th is up to isn't easy, though his distinctive ginger coif isn't hard to spot from a distance. A quick message from the Newfoundland-born photographer/designer gets the lowdown on his typically busy 2010, with band shots and/or CD design including The Stanfields---along with an appearance in their award-winning video elsewhere in these poll results---Rawlins Cross, Johnny Reid (live photos for PBS broadcast and concert DVD), Crash Test Dummies, Scott Macmillan, Stephen Fearing as well as Codapop Studios ("studio pics to show off their beautiful space," says Sm!th). All of that plus he was official photographer for HPX, Halifax for Haiti and Evolve.