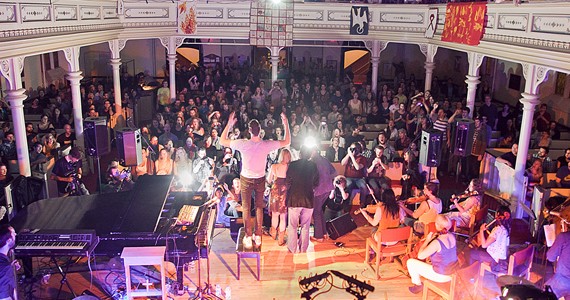 Bronze Winner In The Dead of Winter


HPX 2011 rocked as hard as any fest in living memory. The perennial Best Music Fest winner rarely disappoints, but with the inclusion of Fucked Up, Chad VanGaalen, Outtacontroller and Rural Alberta Advantage, the October event was particularly stellar. And despite all the great bands coming from out of town to plug in at local venues, probably the most talked-about moment was Rich Aucoin’s album launch, featuring almost every musician in Halifax, and then some, crammed into St. Matt’s with a capacity crowd. But as we give love to our local boys and girls, we shouldn’t fail to mention that the 2011 Pop Explosion also featured the reunited Hip Club Groove, Nova Scotia’s original hip-hop kings. Their names rang out.