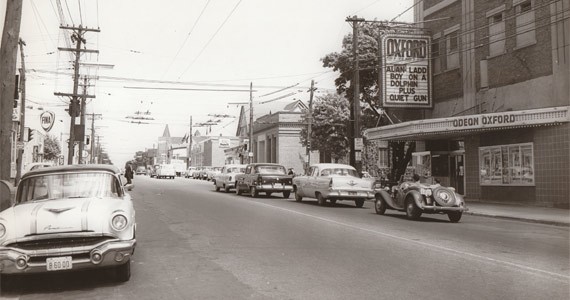 
The best movie-going experience in town looks a little something like the first row of the balcony seats at Oxford Theatre. Seriously, the leg room alone deserves an award. That’s just one of the reasons our readers, both casual theatre-goers and cineastes, have voted the oldest place in Halifax to see picture shows the best of ’em time and time again. Other than the obvious vintage ambience—-which thankfully still exists even after some renos—-the Oxford is also a champ when it comes to bringing interesting, limited-release films to our hungry eyes and minds. Now in its 75th year of giving Haligonians the best theatre experience possible, the Oxford is a thing of legend, and for this reason and its undeniable owning of the Best Movie Theatre category, we’re retiring this local landmark to the Best of Halifax Hall of Fame. “For the Oxford Theatre to be chosen by The Coast readers as their favourite movie theatre by such an overwhelming majority, and for so many years running, is a huge thrill and honour for all of us at Empire Theatres,” says Dean Leland, vice president of studio relations and media. “The Oxford has been a staple in moviegoing and a landmark west-end destination for three quarters of a century. We are very proud of this accomplishment.”