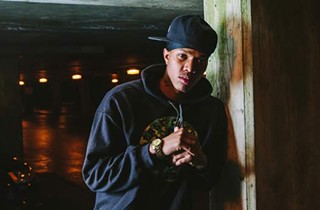 “I’m loving where I’m from and where I represent. Churchill Drive,” says Dartmouth rapper Thrillah (Daniel) Kane, last year’s gold winner for Best New Artist / Band, and the gold winner for Best Single (“Drop That”). In the last year, Thrillah’s been playing shows with his dog Jay Mayne and a Halifax Pop Explosion showcase, releasing albums like Thrillville 2 and he’s just getting back from AC3 in Atlanta, one of the biggest hip-hop and rap conferences in America. “Meeting celebrities, going to a few conference panels and hearing what they had to say really gave me a better look on things,” he says of the trap trip. He’s also working on his next one, Thrillville 3. “I’ve been going over some beats with my producer brothers from ODOD, trying to figure out exactly what I want for this project. Once this is done, we’re going to start work on my self-titled album. We’re going for that Juno Award.” He says the people around him keep him inspired. “I love music, and everything about it,” especially Certified, Jay Mayne, Scott, Quake Matthews and even his 16-year-old sister Leondra, who plays guitar and will be featured on his next mixtape. “It really motivates me a lot, which makes me feel like I have to continue to put the work in if I want to stay in this game for the long run.” With so many accomplishments already, it seems like a sure thing.