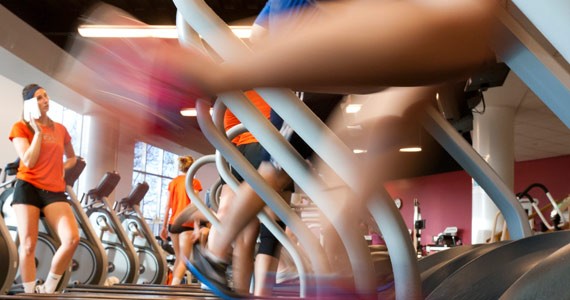 Melissa Conrad, general manager at the Good Life co-ed club in Park Lane Mall, has the kind of energy you might not expect late-afternoon on a Tuesday, but she’s just learned that her location has won gold in our inaugural Best Gym award. “I’m super pumped! We’re starting to be recognized in our own right, we used to be Nubody’s, so you really feel the changes,” she says. Offering all the amenities you would expect at an award-winning gym, Park Lane also has that little something extra: “Our associates are the best part of the gym,” says Conrad. “They create a really positive atmosphere. They have a lot of fun in the club, so it’s like a party.” Having fun while working out? Sign us up. Plus, they’ve got a few new tricks up their sleeve: A TRX program run by top trainers in Atlantic Canada is now available, and a bootcamp circuit of 12 elements (like crazy rope swings and tires) will keep you athletic and engaged. “The trainers really encourage the members who take the class,” says Conrad. “It’s a group atmosphere---so really socializing. I do it myself!” Ah, so that explains the energy.