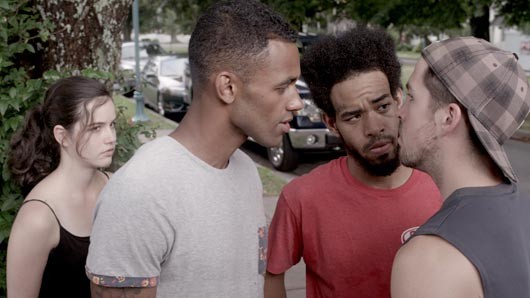 “Part of the reason we’re here talking today is because of how right from the beginning I realized I had a story that was ambitious,” says writer-director Caley MacLennan of his Halifax-set drama Noon Gun, your pick for Best Film this year. “Classic funding sources basically laughed me out the door: ‘Seventeen locations and 30 actors? Get the hell out of here.’ Right from the start I did the crowd-sourcing. I think now, sweeping the Best of”—performer Taylor Olson snagged Best Actor and MacLennan was named Best Filmmaker—“is indicative of how many people got on board for the past year and a half.” Noon Gun was the fastest-selling ticket at this year’s Atlantic Film Festival, and MacLennan will take it to Silver Wave in New Brunswick this week, then to other festivals before releasing it on platforms to be determined next year. “I really just want people to see it.”