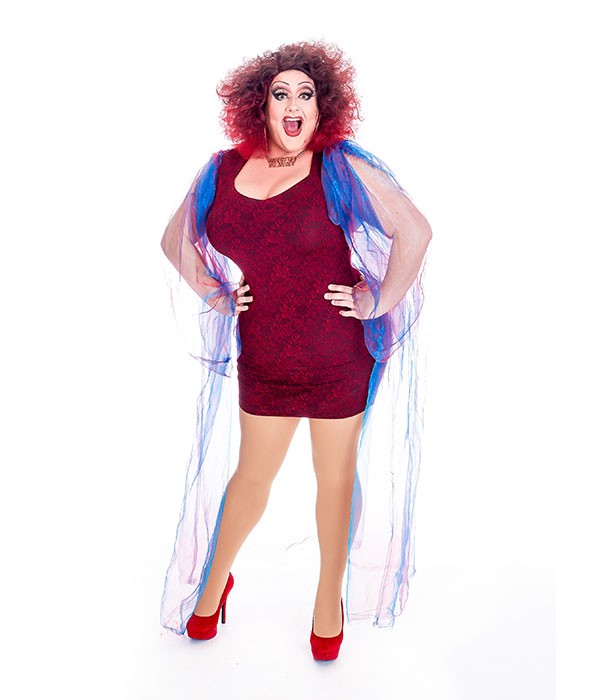 Editor's note: With this 2017 Best Drag Performer win marking at least 10 golds in a row, Rouge Fatale walks the red carpet of legend into the Best of Halifax Hall of Fame.

“I’m a little boy from Glace Bay, it just blows me away,” says Jason Rose-Spurrell AKA Rouge Fatale, choking back tears, of the news of his 10th consecutive win for Best Drag Performer. “I went from working for a drink ticket or two, to working my butt off to help make it mainstream here. I got to see my face on a billboard, perform at the casino, travel across Canada”—he says as he, coincidentally, gets ready to head to Yellowknife with members of the Glamazon Army—“I got to prove Halifax has a thriving drag community. I’m so proud of not only my career—but everyone else in the community too.” Over the last decade, the city’s fatal(e) attraction for Rose-Spurrell’s always-sparkling, buxom and babely alter ego Rouge has continued to grow to keep up with her larger-than-life persona. Along with being inducted into the Best of Halifax Hall of Fame thanks to this win, she also takes home a bronze award for Best Local Personality and Rose-Spurrell says this support for the local drag community is nothing short of unreal. “To see the variations of drag now—the hyper queens, the drag kings, the gender fuck and the non-binary—all these phenomenal performers! It proves there’s no wrong way to do drag, as long as you’re doing it your way that’s all that matters.”