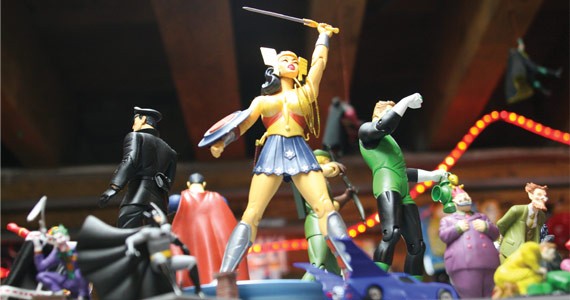 Undefeated for years in the Best Comics Store category, it’s no wonder one voter calls Strange Adventures “that little doorway off the street into a world of gritty make-believe.” Open since 1993 and now with three Maritime locations (Halifax, Dartmouth and Fredericton), the Strange Adventures peeps pride themselves on their knowledgeable and accessible staff. Dave Howlett, comic book hawker and store manager, says that’s because most of Strange Adventures’ employees are in it for the love of comics. “We’re really enthusiastic about the stuff we sell and hopefully that comes across. It’s tough to make a living in comics if you don’t truly love it, so hopefully it’s contagious.”