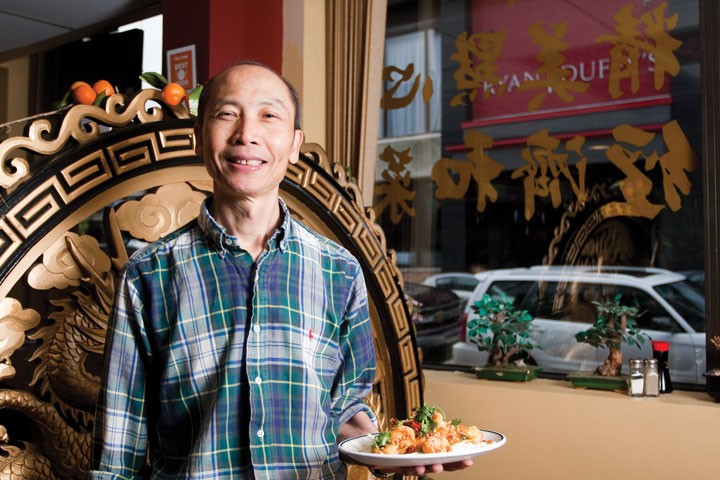 Patrick Wong and his Great Wall Restaurant have cemented a place in Halifax's food scene as enduring as the namesake Chinese landmark.
The 2011 Best of Food readers' survey is the 10th annual, and we've called special attention to some restaurants that performed a remarkable feat of longevity: winning in both 2002 and 2011. But The Great Wall has gone a couple steps further. Not only has it won the Best Chinese category every single year since the Best of Food started, it even took the prize when the food categories were just a section in the Best of Halifax readers' poll. So although there have only been 10 Best of Food polls, The Great Wall has been voted Halifax's Best Chinese for 11 straight years. How's that for being the best of the best?
click to enlarge

You know that annoying phrase "It's all good"? Well, at Great Wall it's true.
In 2002, Patrick Wong said “our customers come back again and again. They have their favourite dishes, but we like to experiment with recipes from time to time.” Wong, who back then had already been running The Great Wall for a while with his wife Ling, went on to credit the restaurant's success to deep roots. “Not to say that Canadians can't cook Chinese food, but I think it helps to have a background in the culture. We were brought up using a wok.” A decade later, Haligonians are still fans. First Runner-up: Jean’s
Second Runner-up: Cheelin