After 30 years of Bertossi eats, Dean Leland and Hakan Uluer take over 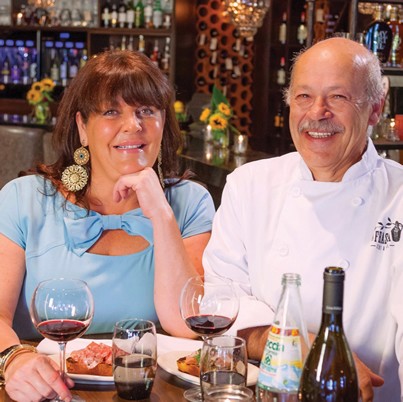 It's fitting that when I catch Stephanie Bertossi on the phone she's at The Bicycle Thief with her husband and business partner of 30 years, Maurizio Bertossi, putting the finishing touches on the restaurant's Fire & Ice bar, which will launch this Friday. Even today, after announcing that they're selling all four of their successful restaurants, they're still working their asses off.

"Someone asked me today, 'so will you have time for lunch now' and I said, 'Probably not'," laughs Bertossi. The Bicycle Thief, il Mercato, Ristorante a Mano and La Frasca Cibi + Vini will now belong to Dean Leland, The Bertossi Group's general manager and former Empire Theatres VP, and Hakan Uluer, a longtime employee who manages The Bicycle Thief.

"We're very happy. And two better people couldn't do it, Hakan is Mr. Hospitality and Dean is such a phenomenal business person," says Bertossi of the decision. "They're super strong, committed and love the business just as much as we do."

Bertossi says the shift is part of her and Maurizio's succession plan, but that they won't be vanishing—the pair will stay onboard as consultants, to "create, design and do all the crazy fun stuff." In the end, she says, it was all about fit, and Leland and Uluer were perfect.

"We're in a people business," she adds. "I love working with them, and they get it. Or they get me."