The justice-based transition toward a green economy is needed now more than ever. 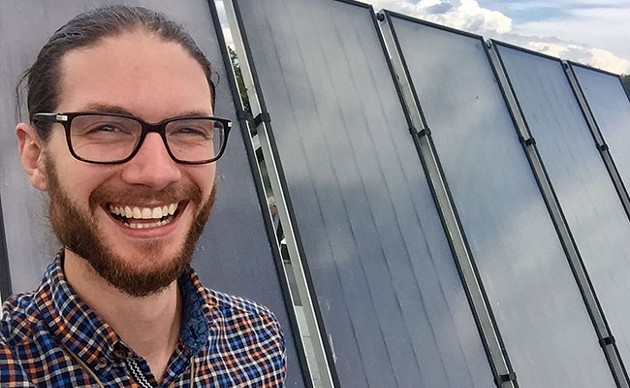 Submitted
Stephen Thomas is the energy campaign coordinator with the Ecology Action Centre.

Last week the owners of the Donkin coal mine in Cape Breton laid off 49 workers, or just over 35 percent of the mine's workforce. The bad news was delivered to the workers without warning from Kameron Coal, a subsidiary of the Cline Group, which is owned by US billionaire Chris Cline.

Although the mine employs a number of workers from the United States and out-of-province, all of the 49 miners laid off last week are from Cape Breton.

Sadly, this pattern isn't new. We have to stop believing fossil fuel billionaires when they come to town with the promise of jobs and prosperity, and we need to believe in ourselves. When the Donkin mine was being proposed, more than 300 jobs were promised for Cape Bretoners. The mine had about 130 people working before its layoffs, leaving about 80 miners at work in Donkin.

The laid-off workers are real human beings who continue to be impacted by the boom-and-bust cycles of the dying fossil fuel economy, and who continue to be disrespected by these false promises and false narratives. Forty-nine families in Cape Breton had a very tough week, and continue to struggle. The billionaire who owns this mine feels none of that struggle.

We could have seen this coming, as it's easy to understand that the economic prospects of a high-sulphur coal mine are bleak in 2017. Coal is the dirtiest fossil fuel, and is being aggressively phased out as regions commit to acting on climate change and human health. Allowing this mine to open at all was a bad idea. Virtually every province in Canada—except for Nova Scotia—has committed to a phase-out of coal power by 2030. France, Germany, the Netherlands, Austria, Finland and countless other states have committed to full phase-outs of coal power. Even China sees the writing on the wall and has cancelled over 100 coal plants in the last year.

The answer to a failing coal industry is not more coal mining. We need to be very careful if and when Kameron Coal positions itself to ask for economic support or subsidies to keep its bad idea afloat.

Instead, we need support for these workers. We need to build a strategy in Nova Scotia for the justice-based transition away from carbon-intensive industries in order to create support programs, re-training and re-tooling for workers entering the green economy. The same skills used by electricians, welders, labourers and even pipe-fitters are transferrable to wind, solar, efficiency and green building.

This is also about the stories we tell ourselves. In Canada, we have more people employed in renewables and energy efficiency than we do in the oil patch. That may come as a surprise to folks who listen to the dialogue in news and politics around jobs and our local economies.

We already have thousands of green jobs in Nova Scotia. Political decisions to approve and financially support fossil fuel operations for a few dozen jobs actively takes away from our collective efforts to grow a stronger green economy here at home. We have over 1,300 jobs in energy efficiency, with hundreds more in green building and in renewables like wind and solar. Imagine if we gave the same support to these industries as we do coal, oil and gas. It's time for us to come together and build a strategy toward action on climate change, while supporting the justice-based transition for workers and communities here in Nova Scotia.