Being a Jamaican man in Nova Scotia

Regardless of their level of education, Jamaicans can tell you all about Nova Scotia. It's a shame the opposite isn't true. 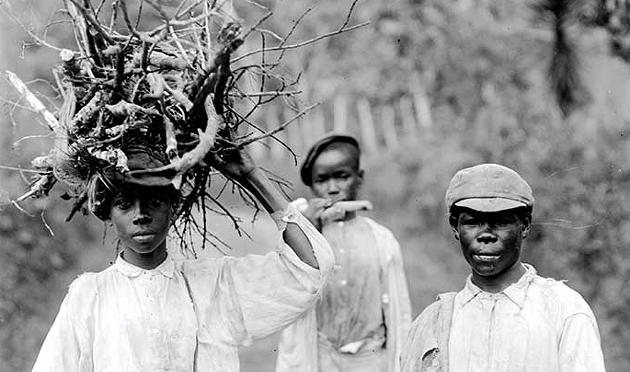 Last week, Cumberland North MLA Elizabeth Smith-McCrossin gave me my “told-you-so” moment of the month when she shared her concerns that legalizing marijuana could make Nova Scotians lazy like Jamaicans.

Smith-McCrossin said in a subsequent apology post on Facebook—since deleted—that her comments “were criticized as racist and insensitive.” Of course, they were.

Many quickly came to the defence of Jamaicans including Nova Scotia Stephen McNeil and Halifax’s new poet laureate Afua Cooper. Jamaican Cultural Association of Nova Scotia president Olive Phillips told the CBC Smith-McCrossin’s comments were “really disrespectful” and her generalizations have “no basis in fact.”

And what is even more egregious is that we all know that Jamaicans are some of the hardest working people around. The Netflix series Luke Cage had a character opine, “this brother got more jobs than a Jamaican!”

There were those who defended the MLAs statements as simply being conjecture. Many were shocked by her utterance. Not I.

The problem we have is that many people believe racism needs to be malicious for it to be called racism. We need to change this perception.

Growing up in Jamaica, Nova Scotia was spoken about with ecclesiastical reverence. The 1796 relocation of Maroons to Halifax is a solid part of the local primary school history curriculum.

Participants in the annual Farm Work Programme want their placement to be in Nova Scotia because they know about the historical connection that Jamaica has with the province and wish to experience this amazing land for themselves.

Regardless of their level of education, Jamaicans can tell you about Nova Scotia welcoming Black Loyalists and escaped slaves from the Underground Railroad.

For many Jamaicans, Canada Nova Scotia, Toronto and Vancouver—the rest might as well be terra nullius.

After spending over a decade living in Toronto, I was really excited to become Haligonian. Really excited.

“You know Halifax is the Mississippi of Canada, right?” said one friend. “Have you thought this through? Halifax is hella racist!” said another.

I should have known something was up when all the warnings were coming from my woke white friends. But the siren call of beaches, more craft beer than crosswalks and affordable rent outweighed their negativity.

And then I got here. I quickly realized that Nova Scotia’s motto—“One [hand] defends and the other conquers”—should be changed to “Defending micro-aggressions and racist behaviour since the 1600s.”

I love living in Halifax, but being Black, especially being Black with a foreign accent, is just damn hard here.

One night last summer as I was walking down Agricola four white men trailed me, heckling. They were asking why is it that I can say “nigger” (they used the hard R) but they cant.

I’ve never had this happen before, and as a mountain of a man, I immediately felt frail and afraid. I went home and cried.

During the third round of interviews for a local job, for which I was headhunted by a Toronto-based organization, I was told that “you are a great candidate but I am worried that you won’t fit in with the rest of the team because you weren’t born here.” That day I also went home and cried.

Having someone you thought was a friend call your outfit “thuggish” felt like a stab through the heart, and yes, you guessed it, that day I also cried.

I didn’t even cry during the opening scene of Up but there I was regularly feeding the north end my tears.

Saying that we have a race problem here in Nova Scotia sounds trite, especially with the troubled history that the province and the city of Halifax have had with Black and Indigenous peoples. But here we are in the age of easily-accessible information still having to deal with Proud Boys and statues of abominable men and sweeping generalizations about Jamaicans.