Classified’s R&B protege celebrates his new EP 3am Friday at the Seahorse. 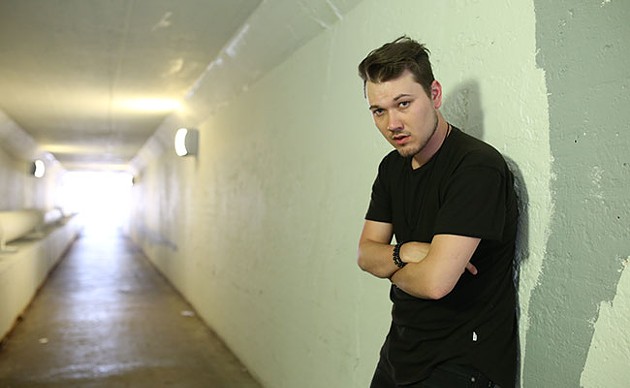 submitted
Wohlmuth says his Elijah WIll stage name “reminds me of what I can achieve, if I will it.”

Elijah Will was discovered at a songwriting camp, but it turned out his mentor lived right up the road. Born Elijah Wohlmuth, four years ago the young R&B singer from Enfield attended Gordie Sampson's annual Songcamp—a retreat for young Nova Scotia songwriters in the Nashville model—and one of his songs made it to another Enfield resident—Classified.

"Maybe a week or so later he got me in the studio," says Wohlmuth, "and we were collaborating from then until now," including "Beautiful Escape," from Greatful. Last week Elijah Will's debut EP 3am was released on Classified's new Half Life Records imprint; he celebrates the record Friday at The Seahorse. The EP is five Class-produced songs of relationships, pop-culture references—you can YouTube a savvily edited clip show for the Will Smith tribute "Fresh Prince"—and coming of age.

"I'm not trying to model my career after any artist, but I do have a lot of influences," says Wohlmuth, who is 23. "My dad was really into Motown, and that got me into R&B. Along the line I started getting into Frank Ocean—I really like his lyrics and how he puts himself out there."

When he started working with Classified, Wohlmuth says, "it was kinda surreal, surrounding myself in that sort of environment, being in the studio watching him do his thing."

Wohlmuth will spend February touring the EP, introducing people to Elijah Will. "We went through a lot of brainstorming," he says of his stage name. "I think it's powerful, motivating—it reminds me of what I can achieve, if I will it."