There's little time to get emissions under control before temperatures rise to catastrophic levels. 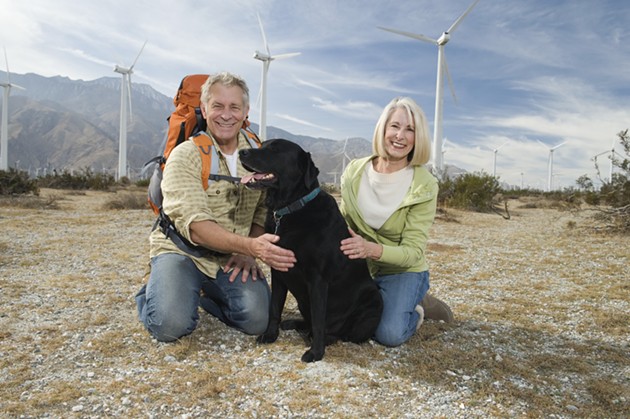 According to a statistical review by oil and gas company BP, carbon emissions rose by two percent in 2018, faster than any year since 2011, mainly because energy demand spiked higher than renewable energy deployment.

Much of the increase was from China, India and the United States. In the US, industrial energy use rose, but so did demand as the country (along with China and Russia) experienced the most days with hotter or colder than average weather since the 1950s. The report says it would have been worse without “extraordinary growth” in renewable energy—14.5 per cent last year—and a modest increase in electric vehicle use, but renewables need to grow much faster to displace coal and other fossil fuels.

Canada is warming at twice the global average rate—and by more in the North. But years of inaction and political roadblocks are making it challenging to meet our Paris Agreement commitments. As one of the highest per capita emitters, we can and must do our part to help the world avoid climate chaos. The pathways to get there exist. With political will, we can employ the many available and emerging solutions.

BP group chief economist Spencer Dale says shifting to low-carbon energy systems means changing the power sector, as “it is the single largest source of carbon emissions within the energy system; and it is where much of the lowest-hanging fruit lie for reducing carbon emissions over the next 20 years.”

A David Suzuki Foundation report, released at a recent international clean energy conference in Vancouver, outlines 10 proven strategies for Canada to get emissions to or near zero by mid-century. By cleaning up the electricity sector, electrifying sectors like transportation and industry, and using energy wisely, we can avoid the worst impacts of climate disruption while reducing pollution and creating economic opportunities.

Zeroing in on Emissions is the first report to come out of the Clean Power Pathways project, a collaboration between the Foundation and researchers at the universities of Victoria and Regina.

The Intergovernmental Panel on Climate Change says CO2 emissions must reach zero by 2050 to avoid more than 1.5 C of temperature rise. As the BP review and Zeroing in on Emissions conclude, that means much faster development and deployment of cleaner energy, especially for power generation. BP also calls for fossil fuel solutions, like switching from coal to natural gas and relying on technologies like carbon capture and storage, but the Foundation’s report finds energy efficiency and renewable energy will get us there faster and at a lower cost, although carbon capture is still necessary.

Canada has a head start. Our power sector already generates a considerable amount of energy with hydro, wind and solar, but we aren’t yet tapping all the available options. Saskatchewan, which has Canada’s highest wind and solar energy potential, spent $1.5 billion on carbon capture and storage to keep burning coal, with poor economic and health outcomes.

Greater electrification and renewable energy deployment means investing in energy storage, smart grids and better transmission and distribution systems. We can even use hydro dams and reservoirs to store clean energy.

Distributed energy with technologies like rooftop solar and battery storage for homes and businesses can create energy independence and reduce reliance on dirty fuels like diesel in remote communities. Other solutions include energy efficiency; designing compact, livable communities; levelling the playing field with a steadily escalating price on carbon pollution to drive innovation and clean technology; supporting vulnerable workers and communities during the transition; and shifting away from our obsession with constant growth to focus on well-being.

Further opportunities exist in agriculture, waste, land-use change and forestry, which were beyond the Foundation report’s scope.

We have little time to get emissions under control before we lock so much CO2 and other greenhouse gases into the atmosphere that temperatures will rise to catastrophic levels. Even the oil companies know this. The solutions are there; we just need the will to employ them.

For climate’s sake, save the peat!