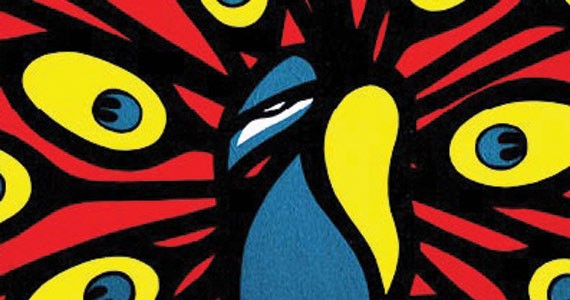 Next time you're scarfing a donair in Venus Pizza or riding the bus, look out for a discreet pamphlet, folded neatly and printed with the words Open Heart Forgery. Founded by Donal Power, a former journalist and editor at the Atlantic Provinces Economic Council, this monthly journal brings the voices of local poets and songwriters to places where you'd least expect them. Though not quite a year old, the publication has featured over 100 local writers and will celebrate the launch of its first anthology this Saturday with an open mic (9am-4pm) at the Halifax Seaport Farmer's Market.

The publication is a passion project for Power, who works without pay, providing supportive feedback to local poets and songwriters. "It's weird and wacky, but these are some of the voices of the neighborhood," he says happily. Open Heart Forgery serves both as a platform for established writers to connect with the community and as "a stepping stone for emerging writers to take that first step out of the shadows."

The anthology features lyrics to local songwriter/composer Jeff Torbert's song "Esbjörn," which is a poetic eulogy to the Swedish jazz pianist Esbjörn Svensson. Torbert, deeply influenced by Svensson's music, felt compelled to write an uplifting tribute to Svensson when he died at 44 in a scuba diving accident. "He's was at the top of his game career-wise and then suddenly gone," recalls Torbert. Writing music comes easily to him, but lyrics are harder. Now Open Heart Forgery inspires him to keep pumping lyrics out. "Now that I have a relationship with Open Heart Forgery, I'm kind of sending what I write over there," he says.

A published poet himself, Power also included one of his own, "Day & Night in Kandahar," in the anthology. The poem is an attempt to demonstrate how a cycle of violence feeds off itself in situations of armed conflict. Power juxtaposes the death of an Afghani mother with that of a young and fresh-faced Canadian soldier. "People are painted as being good and evil in these black and white terms," he says. But "sometimes your enemies are not really your enemies."

For Neil Bailey, an emerging poet featured in the anthology and a graduate of Dalhousie's School of Planning, Power's "crowd-sourced guerilla marketing strategy" piqued his interest in the publication. Readers are encouraged to distribute the publication by downloading the pamphlet (available free at ohforgery.com), printing it on legal sized paper, making several copies and leaving them all over the city. "People like supporting each other when they can feel like a true community," says Bailey. "Donal reinforced this nicely by tying the publication together with local poetry readings and social events, intended to strengthen the social relationships that began in print."

"I like Donal's spirit---he is a punk at heart," says writer Stephen Patrick Clare. "His DIY attitude of 'If you're not going to join me in saving the world then get the fuck out of my way,' is inspiring and infectious."

Part of the beauty of Open Heart Forgery is its viral nature---it could pop up anywhere. "Wherever there's a photocopier, there's a printing press," says Power. He laughs, recalling the reactions of Venus Pizza customers to Open Heart Forgery. "Sometimes they'll wipe their hands on it, which is not good," he says. But it's the times when people pick up the publication and read it that make Power's efforts worthwhile.