Audrey and the Agents 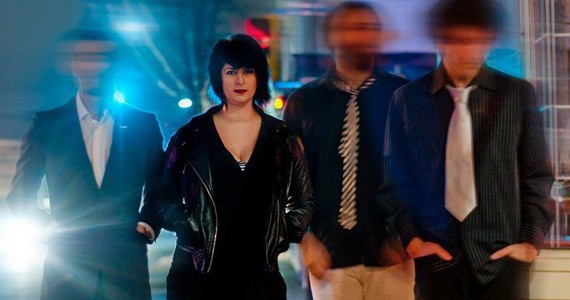 “I used to listen to only country...and The Beatles,” says Audrey and the Agents’ commanding frontwoman Chantal Caissie of her seven-year-old self. It wasn’t until her brother bestowed No Doubt’s Tragic Kingdom upon her, and Gwen Stefani’s hardcore on-stage pushups blew her mind, that Caissie began to think about leading a rock band, looking to Joan Jett and Debbie Harry for inspiration. Since playing their first show in December, the group (which also boasts Jordan Murphy, Shawn MacKenzie and now The Bad Bad Bad’s Jake Seaward) has been busy playing the hell out of Halifax and writing new material. Their debut EP The Diane Sessions is hot off the press, along with “Audrey and the Agents killed Laura Palmer” t-shirts, so now you can take home a piece of the Twin Peaks-flavoured pie. As far as pushups? We’re still waiting on those.