Facilities not needed were approved without reason. Late, disjointed P3 decisions could cost hundreds of millions. 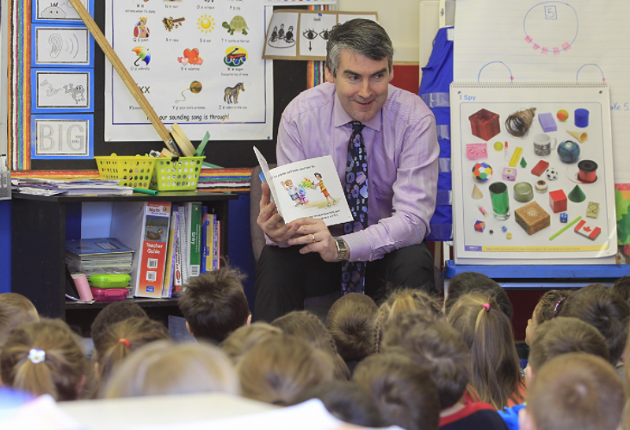 via the premier's office
Stephen McNeil during a visit to Prospect Road School in Halifax.

A report from Nova Scotia’s auditor general says the provincial government is doing a poor job planning for the future of its schools.

The report, released Wednesday, says the department of Education and Early Childhood Development has “an overall casual approach to decision-making” and is without a longterm capital planning process. Auditor general Michael Pickup says that’s “led to inconsistent results.”

Among those inconsistencies is a failure to prepare for the end of the province’s P3 school leases. All 39 of those public-private partnership leases are coming to an end in the next few years, and advanced notice needs to be given by the province if it intends to purchase the schools, renew the leases or return them to the private sector.

But despite having 17 years to prepare for the day, Pickup’s office found the province has failed to meet the P3 notification deadlines due to “late, disjointed and inadequate” decision making.

“[Government] delayed to the point where school boards are rushed to make their choices and the province is forced into a weaker negotiating position with the private service providers, thereby costing tax payers an unknown further amount to obtain the necessary delays and extensions,” writes the Office of the Auditor General (OAG).

The province has already agreed to purchase 25 of the 39 P3 schools, at a total cost of $149 million. Pickup’s report pegs the total taxpayer cost for the P3 school system at $700 million so far, and says Nova Scotia will possibly spend an additional $200 million more to buy back all the schools.

The scathing report also criticizes Nova Scotia’s lack of long-term planning for, and limited information on the conditions of, the province’s 388 schools.

Then there are the four school projects worth $63 million that were approved by Nova Scotia’s Executive Council, jumping ahead of much higher-priority undertakings. Two of those are new schools in the ridings belonging to premier Stephen McNeil and Education minister Karen Casey.

“We are lost to understand why these schools were approved given the analysis provided to us,” writes the auditor general’s office in its report.

Pickup also took aim at the new Eastern Passage High School, which was approved by the previous NDP government in 2012 “despite no analysis supporting it.” A 2010 report from the Halifax Regional School Board found there was no need for a new school in Eastern Passage. The Liberal government awarded a contract to build the unnecessary $21-million school back in September.

“No one at the Department [of Education] could tell us what led to the desire for a new Eastern Passage High School,” reads the OAG report, “but the evidence provided prior to that decision consistently showed it was not necessary.”

The new school, set to open in 2018, will empty out nearby Cole Harbour and Auburn high schools, reducing enrollment by up to 50 percent and causing big problems for the district’s ongoing review process.

“The school board will now have to make difficult decisions regarding the future of multiple schools at all levels across the region to avoid redundant space rather than focusing on other areas in need of attention,” says the OAG, which recommends an immediate review of the EPHS decision.

The province, in response, says that it’s honouring the capital construction commitments made by the previous government and won’t be putting that EPHS decision under review. In a news release, Pickup says he’s “very disappointed” with that decision, which will have “such a negative impact on schools in the surrounding areas.”

Stephen McNeil, in Boston today for that city’s Christmas tree lighting and to try and sell the province to New England's business leaders, was unavailable for comment. The premier was scheduled to go to Washington, D.C. after Boston, but is cutting his trip short to be back in Nova Scotia on Monday in response to the teachers union’s labour action.