With Toronto Fashion Week folding, AFW is ready to step up.

The work of Halifax-based designer Anthony El-Cid feels a million miles away from the north end cafe where we meet to talk about fashion. Dreamy silks and velvets the NSCAD graduate dyes himself—in order to "capture the exact pigment of something in nature, like the colour change where a stem meets a leaf"—are whipped into frothy, couture evening wear in the tradition of design titans like Coco Chanel and Christian Dior.

He cuts each new garment to reflect the wearer's proportions, meaning no two El-Cid gowns are exactly alike. The ruffles and 3D flowers that swirl about hips are constructed from scratch: "Every piece I make, I make it as a sculpture," El-Cid says.

In short, his works are so steeped in high-fashion craft and the aesthetics of classic French fashion that, if they could speak, it'd be with a Parisian accent.

This is not the type of clothing one expects to find among designers showing at Atlantic Fashion Week. In a place where branded rain boots act as status symbols, these red carpet-ready gowns take style stereotyping by surprise. And, in a way, that's the point: El-Cid is one of Atlantic Fashion Week's brightest stars, a reminder that talent can live anywhere—and homegrown artistry shouldn't be overlooked. 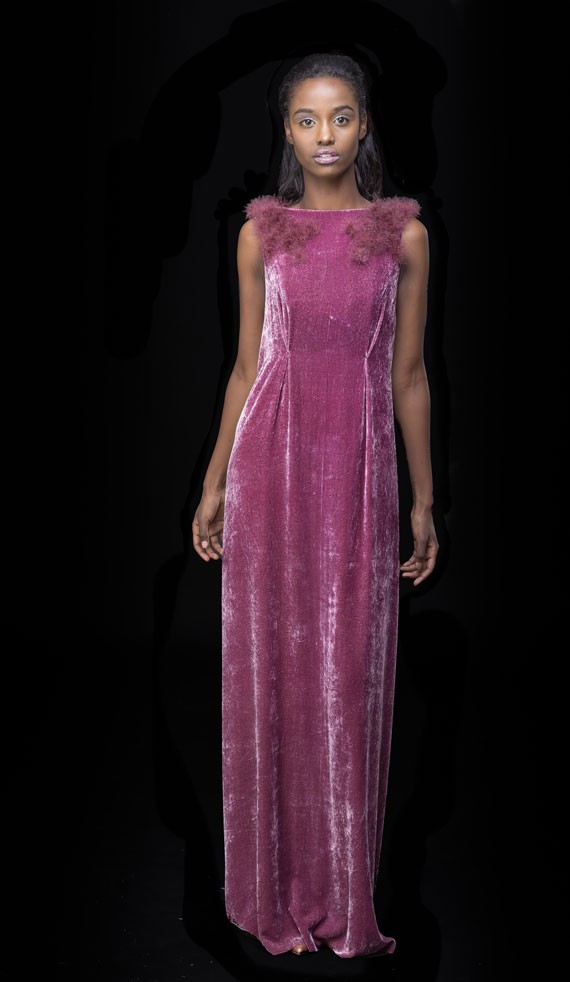 Closing the show at Atlantic Fashion Week's final runway presentation Saturday night in Dartmouth Crossing, El-Cid has worked his way up the fashion week ladder. In two years, he's gone from being a total runway newbie to becoming fashion's equivalent of a headlining band (the closing of a show, be it in style or song, seems to be an almost universal nod to an artist's status).

Once the last of Saturday's models turns their final sashay, however, El-Cid's growth will no longer have a linear path. Sipping on orange juice, he leans forward and speaks of big plans: The possibility of a New York Fashion Week showing, where he'll buck convention and show snippets of three different collections, and a solo show back home in March to build an audience for his brand.

"But there's no clear-cut next step," he says, taking another swig of juice. He wishes more government funding existed like it does for other branches of the arts, and adds that business training in fashion programs would be a huge benefit. Headlining, it seems, may only get you so far. 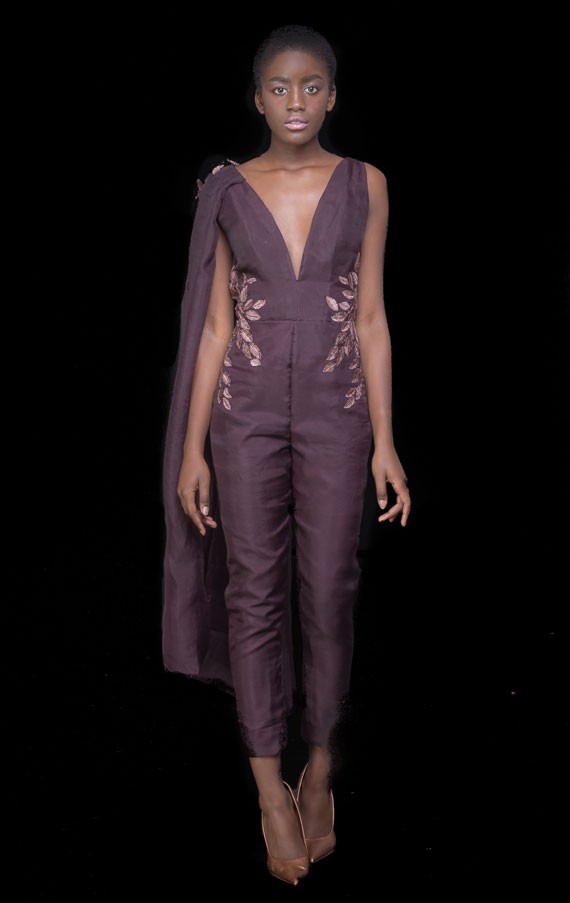 This directionless feeling in the local fashion scene isn't unique to El-Cid. "There's no lack of talent here," say Amanda Kincaid, owner/founder of the Nova Fashion Incubator, said in September. "What we need are resources."

The Incubator set out to be a resource, arming creative-minded designers with financial savvy and technical skills to navigate the business side by hosting workshops on things like fabric buying and garment pricing. It also served as a rentable studio space for designers who are far enough along to be producing regularly, yet aren't able to afford their own space.

But three months after that September interview, as Atlantic Fashion Week seeks to wrap this year's showcases on a high note, the Incubator's model is going through drastic changes.

Although its social media presence has trailed off, at last check its website was no longer accessible and whispers in the industry say it has shut down.

Kincaid says such pronouncements are premature: "We still offer all the cut, sew, grading, sourcing and drafting. We are no longer renting space and equipment to designers as designers either didn't have the money or interest to rent it." For her, the Incubator needs to change because in local fashion, "people are not used to paying for resources and the rest are not used to charging for their resources."

Kincaid's challenges follow on the heels of daVinci College pulling the last fashion program with a business element out of Halifax. With a recent graduating class of three students, its end doesn't come as a total shock. But where it provided business training alongside design—and two of those three graduates showed collections at AFW this year—it's a loss all the same.

No matter what form the Incubator takes, as long as it survives, it will be doing better than Toronto Fashion Week. Earlier this year the festival shut down due to a lack of money, ending a 16-year run. And while some small runway shows have already popped up to begin filling its shoes, as long as Toronto's major event is out of commission, Atlantic Fashion Week undoubtedly has more importance on the national fashion calendar.

AFW founder Angela Campagnoni is ready for that responsibility. She will continue AFW's big shows, which support the local industry by allowing "people to put on a runway show when they may not have the resources to do so themselves."

Take Lemonade Stand Designs, a label showing Saturday alongside El-Cid, for example. Marie Webb, one-half of the clothing and soft jewellery label, says her colourful fabrics with rainbow patterns "are inspired by dreams, and by my friends."

Her mother, Reneé Forestall, adds Webb's line isn't just fashion: It's also a tool to challenge expectations of what people with of all abilities can do, as Webb is part of the Down Syndrome community.

Currently on a quest to get Webb's clothing beyond the runway and onto store shelves, Forestall adds that things like seminars on "connecting with retail" would be an ideal stepping stone (and could help Webb amass the funds to keep creating).

These are gaps Campagnoni sees when she thinking about AFW's future: "I've been wanting to evolve Fashion Week for awhile."

Now, after a decade of putting on seasonal runway shows, she says it's time to branch out, hosting shows throughout the year and teaching creatives a business mindset through courses and workshops—ones like the Nova Incubator used to host, or perhaps in line with what Forestall envisions.

"When I was in my 20s, I graduated and started my own store and it failed in 22 months," Campagnoni says. "I thought, if I can help one person avoid that..." Her goal is to have AFW be a support so "when someone puts their name out there, they can achieve what they're trying to do."

In terms of Atlantic fashion success, one name that both Campagnoni and Kincaid mention is Lisa Drader-Murphy, the local designer many Haligonians know best. Drader-Murphy is a woman who left what she describes as a "business that exploded overnight" in downtown Calgary for the simple life in rural Nova Scotia in the 1990s.

Today she owns six LDM retail locations, from the Historic Properties flagship to one in Toronto's chic Queen Street West.

KELSEY MACDONALD
Super-structured menswear-inspired pieces from Kelsey Erin will be on display at AFW.

She says for her it all starts with being a business person first (and "following your gut")—and the creativity will follow. "When I told my colleagues about what I was doing, people were like 'you don't do that,'" she says. "If a fabric was more than a year old it's old. Fashion was meant to be constantly updating. And I thought if I love these 1940s and '50s tailoring wools, surely someone else will appreciate them as well."

Drader-Murphy's words echo back to that north end cafe, with a local designer just two years into his career. Anthony El-Cid talks passionately about the old-school traditional methods he favours—in the same animated way Drader-Murphy discusses her old-school traditional fabrics. His made-to-order pieces can't follow a traditional retail model, meaning he needs his own ahead-of-the-curve idea to propel his business forward. Hopefully, as the fashion deck reshuffles, he'll be able to find it. a

Morgan Mullin is listings editor at The Coast. She is deathly afraid of takeoff but always falls asleep before the plane leaves the ground. Prior claims to fame include that time at summer camp when she won an apple pie-eating contest. She still can't touch the stuff to this day.