A week full of readings and events capped off by a gala to get your summer reading list well stocked. 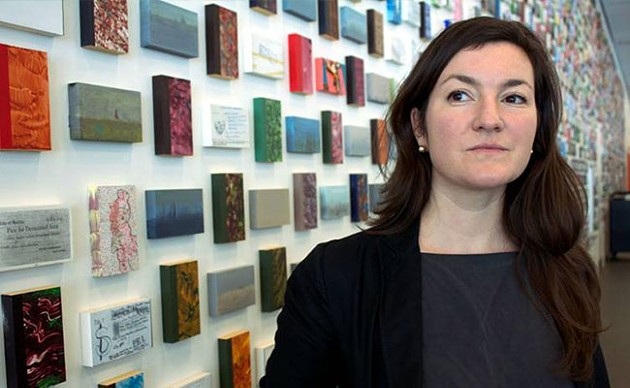 Zach Faye
Wunker wants to do the “real work of intersectional feminism.”

The eighth annual Atlantic Book Awards Festival draws attention to Atlantic Canadian writing, which can be "overwhelmed by the huge amount of books coming out of Ontario and Quebec," says Heather MacKenzie, president of the Atlantic Book Awards Society. "The wealth of talent that's coming out of this area is really impressive. We're a smaller market so it's important to say 'Hey, we're publishing some amazing books here.'"

Nine awards, each with three shortlisted titles, will be presented at this year's gala Thursday, May 18 at the Halifax Central Library. The festival will host free and varied events all week long where authors can engage with readers, read and raise their profile across the four provinces.

Along with offering winners and nominees promotional book cover stickers, the writers receive national exposure when Indigo Books promotes the awards on its website.

Erin Wunker's first book Notes From a Feminist Killjoy: Essays on Everyday Life has made the shortlist for two Atlantic Book Awards, as well as one from the Writers' Federation of Nova Scotia. Wunker will read at a celebration of the Dartmouth Book Awards May 16 at Battery Park, at Halifax Central Library on May 17. "There are three different juries out there that think it's important to talk about intersectional feminism," says the blogger and professor.

The book is an attempt at practicing what Sara Ahmed calls being a feminist killjoy—a figure that sees aggressions of everyday life as so-called oppressive "joys" that need to be addressed. Wunker uses her own experiences with rape culture, female friendship and motherhood to explain the concept of the feminist killjoy to herself and the reader.

Wunker hopes to use her platform to share the ideas of other feminist thinkers, like poet Vivek Shraya. "What's important to me, beyond the book, is the lifelong challenge of doing the real work of intersectional feminism," says Wunker. "And not just the white feminism slap-dash name your privilege and move on."