Shandi Mitchell is the big winner, Mike Holmes gets love from the mayor. 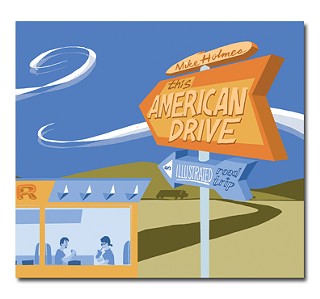 When Mike Holmes win, we all win.

Sadly, we couldn't make last night's Atlantic Book Awards (or the beers after), but it looks like there were no big surprises—Linden MacIntyre and Shandi Mitchell were the big winners—except for one: Coast comic artist Mike Holmes won the Mayor’s Award for Excellence in Book Illustration for his roadtrip graphic novel, This American Drive: An Illustrated Road Trip (Invisible Publishing), portions of which originally appeared in The Coast. This means hand-shaking mayoral photo op., people. Nice work.

Here are all the winners:

The Mayor’s Award for Excellence in Book Illustration: Mike Holmes for This American Drive: An Illustrated Road Trip (Invisible Publishing).

Lillian Shepherd Memorial Award for Excellence in Illustration: Scott A. Keating for What Colour is the Ocean? (Flanker Press; written by Gary Collins with Maggie Rose Parsons).

The Mayor’s Award for Cultural Achievement in Literature: Trudy Carey. Co-founder and manager for 31 years of Woozles Bookstore