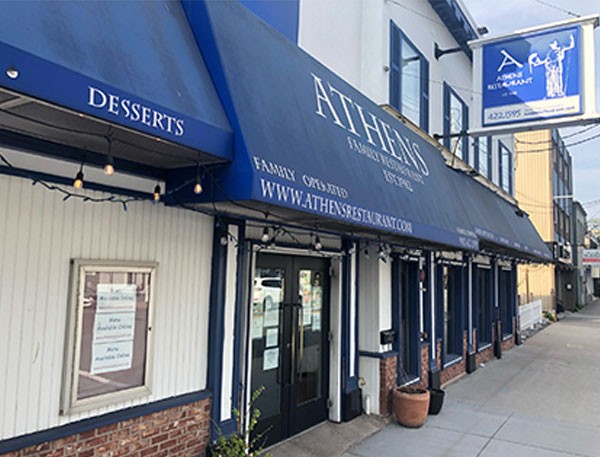 The restaurant has been a mainstay in Halifax since the 1980s. THE COAST

In December, the owner said it was “business as usual,” but that’s changing this summer.

One of Quinpool Road’s longest-standing tenants will soon be no longer. On Monday, Athens Restaurant announced via its website that it would be closing later this summer.

“We will have more details to share with you in the coming weeks but, in the meantime, we are looking forward to a sunny summer on the patio and serving you again as our long adventure winds down,” says the post from Athens owner Evangelos Panopolis, the son of original owners Sam and Areti, who are now in their 80s.

In December 2020, there was speculation that Athens would be sold to make way for development on the main thoroughfare. Similar older buildings like the Quinpool McDonalds and the KFC are in various stages of being replaced. However, at the time, Panopolis reassured customers that it was still “business as usual.”

“We get approached several times a year from developers and other groups because our property has value,” says a December Facebook post. “As part of the Centre Plan, more and more groups are taking an interest. It’s a nice compliment.”

The restaurant has been in its current location at 6273 Quinpool Road since it moved from a block further west on the street in 2008. It started on Barrington Street in 1982, so the closing comes after "nearly 40 years in business" as Panopolis writes.

It’s unclear at this point whether the decision to shut down is due to declining restaurant business because of the ongoing COVID-19 pandemic, an offer that Athens couldn’t refuse or a combination of things. All we know for sure is it suddenly feels important to get to Quinpool for some delicious Greek food before the restaurant closes permanently.