At Women Making Waves, the creators are out there 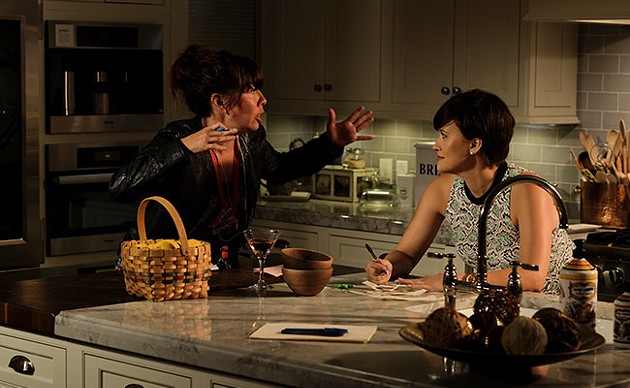 Tracey Deer takes issue with the idea that stories from minority voices are niche. On the contrary: "The more specific you are and the more diverse and the more interesting, the better," she says. "We need to make a commitment and go in that direction, because the stories are there. The creators are out there."

Deer would know. The filmmaker's successful dramedy series Mohawk Girls wrapped up its fifth and final season in December, and Deer is set to discuss her creative process at this weekend's Women Making Waves conference. The annual conference, hosted by Women in Film & Television-Atlantic, is is in its eighth year. The event is open to all genders, but it specifically highlights the work of women in the film industry.

"There's been a real movement in the last couple years, I would say, towards a concerted effort to get more women behind the camera in Canadian features and television." says WIFT-AT chair Kimberlee McTaggart. "It's all through efforts of groups like us that are changing policy and getting more initiatives in place to try and reach the common goal of equity [and] parity in the film industry."

The conference includes conversations with female filmmakers (such as Ava director Sadaf Foroughi) as well as workshops. For Deer's part, she'll be honing in on the concept of "place" and how it affects a film's story.

Deer grew up—and still lives—in Kahnawake, a Mohawk reserve in Quebec. She made a documentary called Mohawk Girls in 2005, which outlined the struggles of three teenage girls living on the reserve. Her fictional series of the same name, also set in Kahnawake, took off in 2014. It tells the story of four Mohawk women "trying to figure out their place as modern Indigenous women, growing up on a reserve but being interested in the bigger world," explains Deer. "The community they're from—that really is the fifth personality, because it comes with all of its own characters, its own rules, its own pressures, and it's a very, very specific place."

Deer notes that setting a series in her hometown has both pros and cons. "When [a story] is inspired by a real place or real people, you have the actual world to build upon," she says. "What makes it hard is that it's my own community, and I'm telling stories that celebrate the place, but also criticize the place. We wanted to raise questions. We wanted people to reflect."

In creating stories about women, particularly women of colour, Deer feels the writers' room should reflect the characters onscreen. "Those are the stories that can resonate and really make a difference—when the perspective is authentic."

Fortunately, over the 15 years she's been working in film, she's noticed the industry "open up." She herself has been hired as a story editor on various shows with Indigenous characters, indicating people not only want to include those characters, but want to do it right. "They're reaching out," she says, "and they're hiring us."