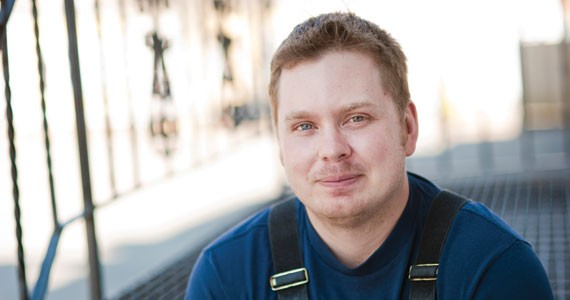 Angela Gzowski
Jason Lyle can can make sure the lights stay on.

Lyle can give you whatever information you need about old wiring, new wiring, grounding and more. And when it’s gone bad, he can fix it.

The Coast: A lot of the homes in Halifax are older. What should I be looking for in electrical terms?

Jason Lyle: Just mainly whether the panels have been upgraded. If it's a 60 amp service it needs to be upgraded.

TC: And how many homes in Halifax are still 60 amp?

JL: Quite a few, still. They're slowly changing them out as people sell.

TC: And what are the new homes service at?

TC: How long does it take to upgrade an older service?

JL: For the service it's a day-and-a-half or two days. Once you upgrade the service there are certain things you have to do throughout the house as well, counter-plugs, GFIs [Ground Fault Interruptors], stuff like that. Smoke-detectors and outdoor plugs.

TC: Have you encountered problems because of the house's age?

JL: Oh yeah. I came across a house where I went in just to change a couple lights and wound up having to rewire the whole house. The old wiring, a cloth that was covered with oil. The inside jacket's rubbery. Over time, near the light fixtures with the heat, all the oil will run off and the rubber dries up and peels right off. When I took off the lights, it was just the copper bare wire. And you can't have that.

TC: What other things could people be looking out for in the electrical?

JL: Mainly knob and tube wiring, which is really old. Nothing's grounded properly. Usually when we come across that we end up having to rewire. Most lights don't have boxes, wires are stuck through the ceiling. It makes it really hard to do anything with it.

TC: If someone is doing renos, is there anything you'd recommend people do, or not do?

JL: Mainly, if they're doing stuff themselves, to turn things off. A lot of people don't and end up getting shocks. A lot of times people try doing stuff they shouldn't. They'll go to Home Depot and the people there will try to tell them what to do. I get a lot of that, people tearing into stuff and then they call you up because they have no idea what they're doing.

TC: If someone is looking for an electrician, what should they be asking?

JL: It's hard to say what to really look for. A lot of people can talk their way through things.

TC: But the work you get is mostly word of mouth?

JL: Oh yeah. I haven't advertised in the past two years.