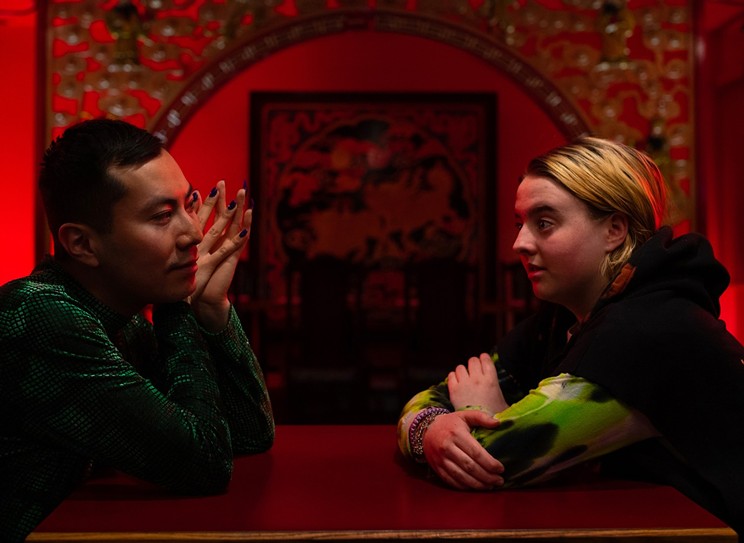 The Cape Breton director's follow-up to indie smash Werewolf follows the blossoming bond between a suicidal teen and a student from Shanghai.

When the Berlin International Film Festival opens tomorrow, Nova Scotia will be there. Cape Breton writer-director Ashley McKenzie's new movie, Queens of the Qing Dynasty, is making its world premier at Berlinale 2022, screening several times over the course of the February 10-20 festival. Queens is in BIFF's "encounters" section, which is "a platform aiming to foster aesthetically and structurally daring works from independent, innovative filmmakers," as the fest site puts it. "The films selected will challenge traditional forms and ask viewers to reconsider their positions in relation to them."

Queens is described as "an offbeat ode to neurodiversity and genderqueer individuals who refuse to conform." It follows the blossoming bond between a suicidal teen and the student from Shanghai who's observing her in the hospital, played by first-time actors Sarah Walker and Ziyin Zheung respectively. You can watch the creepy trailer on the movie's BIFF page.

Filmmaker McKenzie is a name you will remember from Werewolf, a debut feature about drug dependence in suburban Cape Breton, filmed on location with a cast of mostly unknowns, that ascended indie fame when it was released in 2016. (It also went to the Berlinale.) How did a newbie director across the continent from Hollywood get the attention of The New Yorker, land on the prestigious Criterion Channel's radar and wow the crowds at the Toronto International Film Fest?

"The main thing that drove me while making this film was seeing young people around me who live here and die here and never, ever get off island. That was the narrative that I felt like I was being surrounded with in the years I was developing the film," McKenzie told The Coast back then. "It will get too complicated if I start thinking about what other people wanna see. How do you even make artwork, if that's on your mind?"