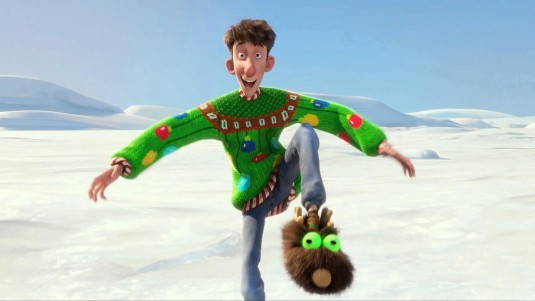 Sarah Smith’s animated feature begins with an exhilarating presentation of Santa’s worldwide Christmas Eve gift drop as a high-tech military mission overseen by the bearded one’s humourless son and heir apparent, Steve (Hugh Laurie). Meanwhile, Steve’s good-hearted but clumsy brother Arthur (James McAvoy) just tries to stay out of the way. But when Steve’s operation leaves one child without a present, Arthur, his retired Santa grandfather (Bill Nighy) and an enterprising elf (Ashley Jensen) take off on an old-school sleigh to rectify the situation. The film is beautifully shot and shot-through with originality and wit, particularly in its depiction of the hereditary lineage of “Santa” and commentary about Christmas in the iEverything age. Like its dorky protagonist, Arthur Christmas is full of loveable underdog pluck.