Art is the resistance 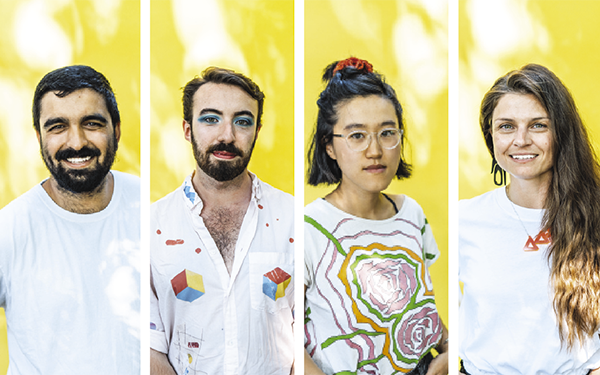 Art and politics have always been related—a strange, warped sisterhood, pushing and pulling like the tides. When waves roll to the right, art is there to pull back with both hands (think of Andy Warhol's attack on consumer culture that was his Campbell's Soup Cans). In many ways, there is no political punch like the one that comes from the end of a paintbrush—for there is no better way to dismantle an issue than by attaching feeling and meaning to a topic in the headlines.

And, as issues from climate denial to stronger borders mount in public discourse, it's clear that there's lots needing to be pulled back from the edges of hate and division. We're celebrating four artists in Halifax who are part of the pulling-back resistance—from Jenny Yujia Shi's exploring of immigration limbo to Carrie Allison's tracing of colonialism's long shadow.

While each of the following artists insists they didn't set out to be pressing hot buttons through their work, by speaking (and photographing and beading and laser-cutting) their truths, they've done just that.

This group doesn't hold a monopoly on art that makes the pulse race or mind spin; they are four sets of hands continuing the grand legacy of provoking and pushing their audience. But each member of this ensemble is a bright star on the local scene, and each feels a personal need to confront what is happening around them. As one of our artists, Séamus Gallagher says of the climate crisis, "it's formed this generation's own anxiety and the way we walk through the world. I think it's shaped us in such a radical way."

Theirs is the sort of art that'll open your eyes and blow the dust of cultural conditioning off the shelves of your mind—making you reconsider topics like xenophobia or the gender binary by first registering the weight of each in your heart.