Party over Gere, party over there. 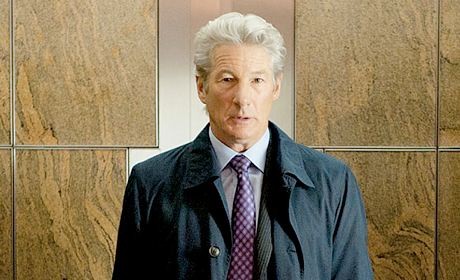 "Well colour me happy, there's a sofa in here for two!"

The 1% don't exactly get what's coming to them in the sharp corporate thriller, Arbitrage. A smartly cast Richard Gere plays hedge funder Robert Miller, who's on the precipice of selling his illegally over-inflated company to a rival when a car accident leaves his mistress dead and threatens everything he's lied and cheated for. Covering up a dead body should be a tidy affair for the unfathomably wealthy, but a tireless detective (Tim Roth) with some class issues dogs Miller at every turn. Gere lets out a fierce performance, fuzzily likeable in that Richard Gere way, which makes his selfish business tycoon all the more menacing as he makes increasingly reprehensible choices. This debut feature from director Nicholas Jarecki is a suave affair, long soaked in its themes of all the ways the elite operate under different laws than you or I.

Arbitrage is not showing in any theaters in the area.