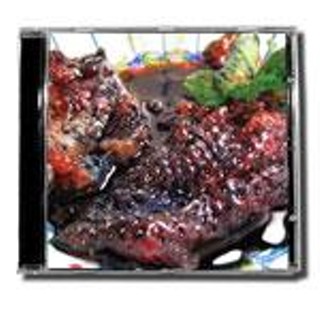 Animal Collective
Strawberry Jam
(Domino)
If there is a common element in all of Animal Collective's records it's a child's disposition. The band doesn't rationalize the world and then decide to radicalize it or destroy it like punk, it's more that they never tried to understand it in the first place. It's extreme idealism—the only world that ever matters is the one in their heads. You not only hear it in the no-sense lyrics and the lack of song structure, but in the untempered emotional reaches, which only people who lack systemizing super-egos could reach. You come away thinking maybe naivety is a quality that should be defended. This is, of course, if there is any common thread to be woven at all. Each of Animal Collective's records have taken divergent paths (like a child with a short attention span?) and Strawberry Jam flirts with traditional pop structure. It is, in fact, borderline coherent. Still, that tightly orchestrated "Fireworks," relentlessly pushes out of the boxes thrown around it, does allow one to entertain the prospect of a certain continuity in the band's childish spirit. Likewise, the tracks "#1" and "Cuckoo Cuckoo" are as wild as any of their past discography. Strawberry Jam is probably the easiest entry point for the uninitiated and could make the band popular—a peculiar taboo of alternative music—but it shouldn't deter old fans.
Brendan Brisco
Coast pick