Dartmouth East MLA says his family has been subjected to “unsettling and offensive” privacy breaches. 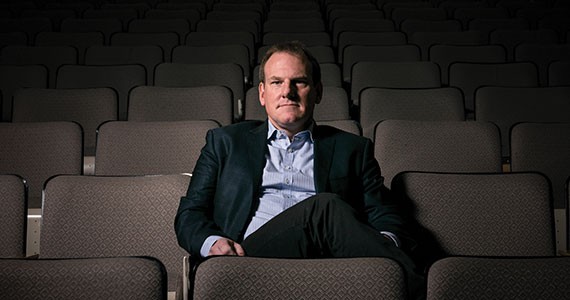 In a lengthy statement posted on Facebook, the former MLA for Dartmouth East says he’s withdrawing from the current provincial election due to “unsettling and offensive” breaches of his privacy.

“With the latest breach of our personal privacy, we have decided as a family, that it is not healthy for us to be part of a system which encourages the release of confidential, personal and health information of its elected officials, those seeking office and their families,” Younger writes.

The breach refers to an article published on Wednesday by news website allNovaScotia.com, written by political reporter Brian Flinn, which contains details about a Younger underwent over the weekend and an emergency protection order that had been sought by his wife. The article is behind a paywall, but the headline "Bullet: Younger Drops Out" is visible the site's front page.

“They had absolutely, 100-percent no need to post that today,” says Irvine. “No need.”

In an emailed statement to The Coast, allNovaScotia publisher Caroline Wood asserts a clear journalistic imperative for publishing.

“Allnovascotia obtained a court document Tuesday that detailed an incident involving Andrew Younger. We reported on a public figure running for public office.”


Younger’s statement on Facebook claims his resulted in a previously unknown health issue being identified, “that will require my full attention.”

The former HRM city councillor was elected as a Liberal MLA in but was ejected from cabinet and caucus in 2015 after using his parliamentary privilege to avoid testifying in court. Younger had been called as a witness in the trial Tara Gault, a former party staffer had been charged with assaulting him.

He's sat as an independent MLA ever since.

After his separation from the Liberals, premier Stephen McNeil’s former chief of staff, Kirby McVicar, leaked Younger's personal health information during a scrum with reporters. McVicar subsequently resigned over the privacy breach.

Given the past two years, Irvine says Younger isn’t interested in continuing his political career at the cost of his family’s privacy.

“For the sake of his family, he’s not going to drag his family through an election campaign,” she says.

“I hope I have contributed positively to life in Nova Scotia. But that will be for others to judge,” writes Younger. “Thank all who have supported me over the past 13 years. It has been a privilege and honour to serve.”