This summer brings her next chapter, a new Japanese restaurant 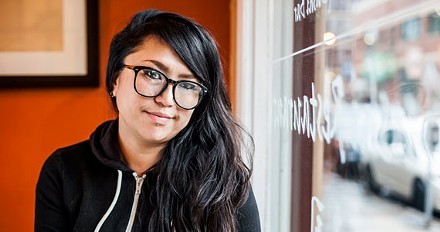 Ami Goto is passing the Dharma Sushi (1476 Argyle Street) torch. A longtime employee turned owner/chef, she took the reins from the restaurant’s founder Hideki Yamamoto back in 2014, but as of April 29 Goto will say goodbye to prepare for her next chapter and Nobu Ishii and his family will take over Dharma’s operation.

“I love that place, it’s like my home. But when I took over I was so focused on doing the same thing we’d been doing,” she says. “It was my job to keep that up.” Last year Goto launched a monthly pop-up Izakaya night in collaboration with Mother’s Pizza, which has been the source of major culinary inspiration. “It’s a different style of Japanese,” she says. “I have so much passion for that, and what’s available in Nova Scotia and what we can do with those ingredients to make Japanese food. It triggered my passion for the food more and more.”

Goto does have a plan in the works for a new restaurant venture, that she aims to open sometime in July, but she’s not ready to spill details just yet.