All-you-can-build buffet in the urban core

With the Centre Plan on the horizon, 18 developments are being presented to the public all at once. 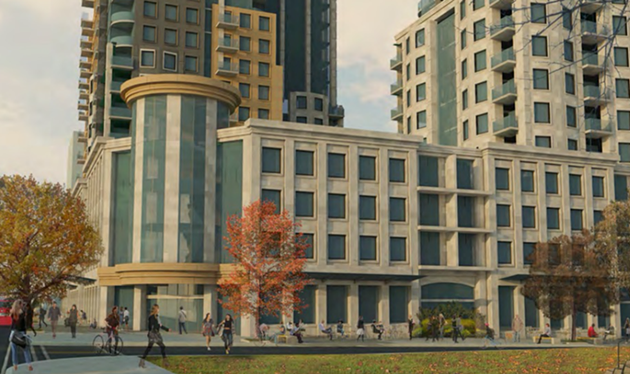 via HRM
Possibly coming to the corner of Robie Street and College.

On Wednesday proposals for 18 developments in the urban centre will be presented en masse to the public at two planning information meetings (held from 12-2pm and 6-8pm) in the Atlantica hotel.

It’s a way for HRM’s planning department to tie off loose ends as Halifax races towards a finalized Centre Plan that will make it much more difficult (on paper) to build beyond the municipality's planning regulations.

“Part of the problem we have with the existing rules is they’re so outdated and often times arbitrary and contradictory,” says Sam Austin, councillor for Dartmouth Centre and former urban planner. “One of the reasons council has been free to kind of freelance a little bit is our rules are so out of date, it’s hard to put any meaning into them.”

Those projects, in particular, have planning advocates in The Willow Tree group concerned that developers are trying to crash the gate before the Centre Plan comes online and take advantage of a city hall currently more amenable to the sort of land-use bylaw amendments required for the 18 proposals.

“If HRM changes the laws to approve them, a small group of developers would receive hundreds of millions of dollars in discretionary development rights,” Janet Stevenson with Willow Tree writes in a release. “This development frenzy distorts HRM’s real needs. It also undermines the Centre Plan process, which is attempting to establish new regulations for development in the Regional Centre for the next 15 years.”

Austin doesn’t see that sort of mad rush to beat the Centre Plan, noting that one of the developments proposed for Dartmouth originates in 2012. As for developers trying to build beyond bylaws, he places most of the blame for that on HRM’s utterly outdated planning guidelines.

“There was always the expectation you could apply for more though this process,” says Austin. “It’ll be nice to get away from that because it’s very needlessly adversarial and cumbersome.”

Visuals and information on all the proposals, along with an electronic comment form, will be online at halifax.ca as of December 8. Feedback will be reviewed by staff before a report on each individual application is brought to council in the new year.