The trendy downtown boutique is selling off all inventory now online. 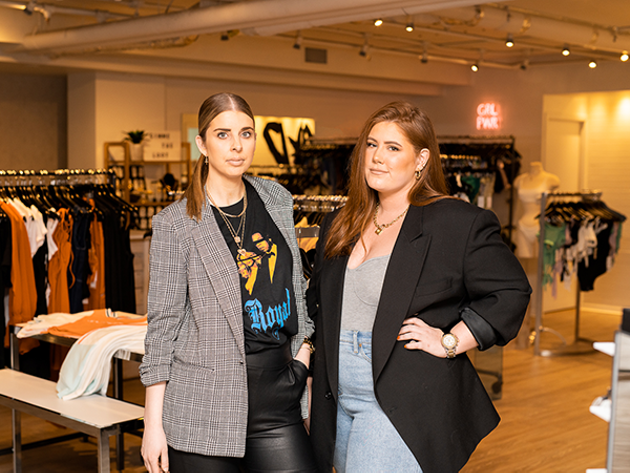 RYAN WILLIAMS
Marianne Thomson and Lauren Wambolt, posing for The Coast in their now-shuttered storefront in 2019.

Seven years ago, Marianne Thomson and Lauren Wambolt launched their online store Alexa Pope, making waves in the Halifax fashion scene with a minimalistic and chic aesthetic. Later, the store would get an IRL footprint at 1477 Lower Water Street, eventually expanding in 2019 to serve even more looks inside its airy space.

Along the way, Alexa Pope never lost its fashion-forward focus, offering more looks pulled from your IG feed than almost any other shop downtown.


The journey to becoming successful entrepreneurs for Thomson and Wambolt was not an easy path. Putting in long nights and investing hundreds of their own dollars in their business finally paid off when they were able to build success for themselves, appealing to fashion go-getters with a passion for chasing the next hot trend. ("We've worked for oil companies doing dispatch at night, we worked for lawn-care companies. These were jobs we got that were great that we could use to work around our schedule so we could give our all to Alexa Pope," Thomson told The Coast last year.)


But now, after all these years of owning and operating one of Halifax’s trendiest retailers on Lower Water Street, Thomson and Wambolt announced July 31st via their public Instagram that they would be closing.


“It has been a tough few months for everyone but we feel like this is the right choice for us to make,” the pair wrote on their business Instagram.


Their post has been followed with support, with many commenters saying how much they will miss the two fashion moguls.


Although this is the end of that Alexa Pope store, it's not the end for Thomson and Wambolt: “We are ready for the next chapter in our lives and believe when one door closes, another will open,” They wrote on their Instagram.


The shop is currently having a warehouse sale online until all of its inventory is gone—so it’s now or never when it comes to snagging some Alexa Pope merchandise.