Album review: Hitman, The Offering: Side One

The Halifax stoner-metal quartet returns with a hot new EP. 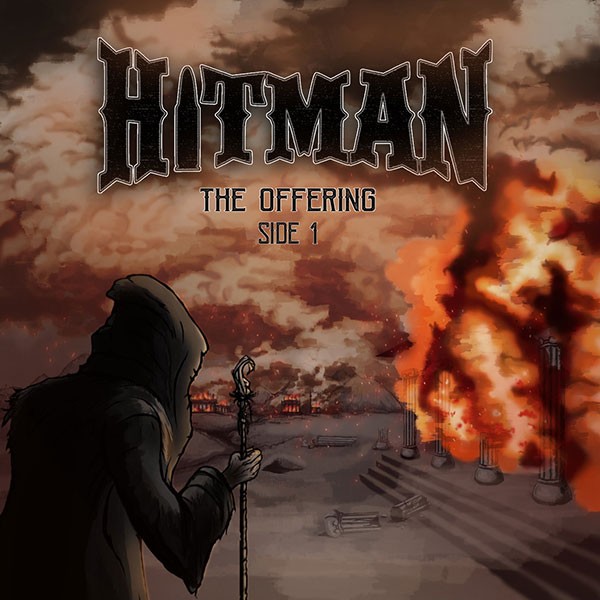 Halifax stoner-metal outfit Hitman is back with its third release, The Offering: Side One, a four-track EP that shows both progression in sound and better execution of bringing its live atmosphere on record. The songs are its most hot-blooded to date, with guitar tones dialled-in in a way that follows the band's lead, instead of the other way around.

The album hits the ground running with a high-flying guitar lead from Corey Norman on "Curtain Call." Vocalist Jordan Rose locks in with a tasteful rasp during the verses, and desperado melodies on each chorus. The lyrical hook "We won't be what you are" is a line anyone can raise their glass to.

"Under The Weight" builds around a crisp riff that's textbook for the stoner sub-genre. The chorus is filled with big chords, echoing vocals and shuffling drums with a touch of cowbell.

The lead single, "Nero," offers the confidence of driving a sportscar or wearing a pair of aviators. The track's bridge is a jam where all the instruments pass the spotlight around, bouncing different licks off one another before syncing back up for a strong finish.

Speaking of which, the last track, "Enchanted Wizard," is very much so. It fades in with a tapping intro and an abrasive scream that makes you jump at first listen. Here the band hits you with the album's two best riffs, and saving the heaviest for last, throwing one last punch before ringing out on the final chord.

UPDATED: It's time to buckle down on COVID compliance so Conway The Machine can play Halifax in 2022