The Halifax singer-songwriter debuts a brand new video, and some new songs, this weekend. 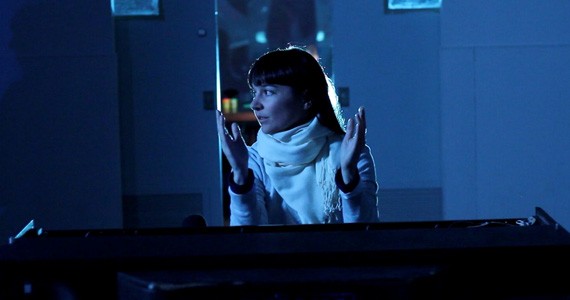 Alana Yorke and her electric piano filming “The Weight”

Alana Yorke's haunting song "The Weight" started with a melody; the words came later. It wasn't until she sang the bridge that she realized what story she was telling. The singer-songwriter's lyrics were recounting a scuba diving accident she'd experienced years earlier, at the end of a long day of research she ran out of air. "When I played it for Nick [Maclean, her bandmate], he lifted off the couch a little bit," says Yorke. "There was this kind of world we were creating with this song somehow." That's when they decided to share the song via video, too. And a what better place to set the scene, heaviness and all, but a Cold War-era bunker? With her nine others, her portable electric grand piano and no plan in tow she filmed the eerie live performance and accompanying footage in the underground maze. It was process-based collaboration, with artist David Armstrong and the director Heather McGrath playing a big role in the end result---which is proof that being creepy and beautiful at once is possible. Though reliving it all has been heavy on Yorke, it's also helped propel her to a new, positive place. "I'm tried of being hidden and tucked away," she says. "This is really who I am as an artist and a songwriter. It's been hard but its really exciting too, its such a contrast."