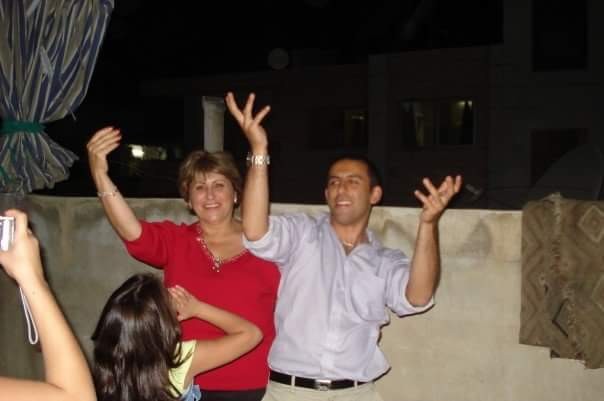 Owner of newly opened restaurant aFrite (and contestant on season 2 of Masterchef Canada) Andrew Al-Khouri says he owes everything, including his love for cooking, to his mother. So it’s no surprise he’s created an entire event celebrating and honouring her.

“I wanted to show people how amazing of a cook she is,” he says of the upcoming My Syrian Momma restaurant takeover. “I thought it would be fun to let her take over the restaurant because she’s never worked in a restaurant.”

Al-Khouri is keeping the menu a surprise but reveals attendees can expect seven to 10 courses of traditional Middle Eastern food picked by his mom, Rajaa Al-Khouri. Mostly small plates and mezze-style eating. Al-Khouri says Middle Eastern food is interchangeable and there are a lot of crossovers from different countries, like Iraq, Egypt and Lebanon. This is something the menu will reflect.
Another big component of the is the social aspect that will complement the small plates. There’ll be traditional Arabic music and Arabic liquor called Arak for the 35 diners that attend each of the four seatings.

In Al-Khouri’s first and only visit to Syria, he learned that Syrian dinners are not sit-down events with formal meals, instead they spend hours chatting, dancing and eating in between.

“They eat a bit, dance, and drink then eat more and dance. So we wanted to emulate that in this event, where we try to bring dishes out to the table one after the other, converse and celebrate dining together.”

Al-Khouri says cooking isn’t just how he developed a deep connection with his mother, but it was a way of fighting sexist values in his home.

“In Middle Eastern cultures, women cook and men do not. I had a troubled relationship with my father because of his old-fashioned beliefs,” he says. “I didn’t feel the same and I always gravitated towards my mother. I subtly used cooking as a form of rebellion against sexism.”

Al-Khouri is only helping his mother with the presentation and some of the organization behind the event, other than that, he is literally inviting her to and join forces with his culinary staff to get the “best of both worlds.”
Although Al-Khouri is greatly influenced by his mom’s traditional cooking, his style differs. He leans more towards fusion foods and enjoys drawing from other cultures, like French, Italian, Thai and Mexican.

“When I make French Middle Eastern fusion dishes, they work out beautifully because the French developed such great techniques that a lot of other cultures have not,” says Al-Khouri.

As for the event, Al-Khouri hopes attendees will leave understanding why he respects his mom so much.

“I want people to say, ‘Andrew has an amazing mother that makes amazing food.’”