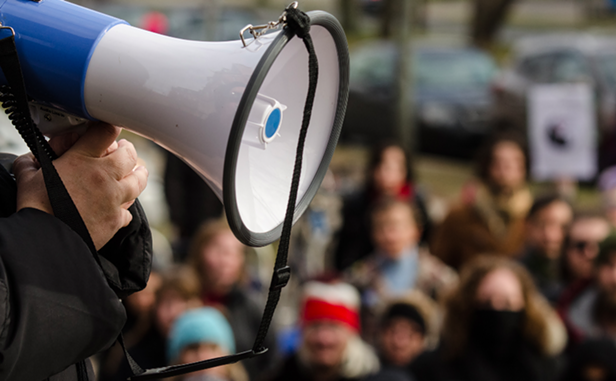 VIA iSTOCK
This is what democracy looks like.
Are you an aspiring political activist going to university or college in Halifax? Congratulations on starting down a path that will ruin your life! I spent more years than I wish to publicly admit volunteering and working as a political organizer on university campuses; as an elected student activist, a union shop steward and students’ union staffer. I won some campaigns, built some things and did a few things right—but mostly I lost a lot of campaigns and made a whole lot of mistakes. The good news is that you don’t need to make all the same mistakes I because I have four simple tricks that your university administration doesn’t want you to know: 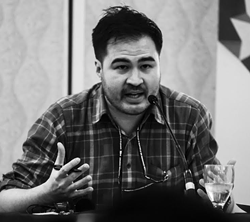 JALANI MORGAN
Chris Parsons (@cultureofdefeat) is a political organizer, health care activist and occasional writer from Halifax. His views veer hard to the left, and often stray into the territory of polemic.
1. Changing the world is a marathon, not a sprint.
The problems the world faces are massive—rampant inequality, catastrophic climate change, resurgent fascist movements—and it might seem like everything needs to be fixed tomorrow. That sense of urgency will get you through overnight occupations or 12 hours of stapling placards to pickets, but you need to pace yourself and keep perspective. Put yourself into the work, but don’t burn yourself out or let a single loss deflate you. When you can’t win today, make sure you’re setting the groundwork to let you win the battles you need to fight two semesters (or five years) from now.

2. Remember: Your campus is not the entire world, but it is part of the real world.
Some people will tell you that campus politics are petty and low stakes, but those people are idiots. Universities and colleges are some of the largest workplaces in this city. Universities are also some of Halifax’s largest, and often worst, landlords. They’re the places where you access public services like health care. The battles fought on campus are microcosms of the battles we need to fight everywhere to win a more just world. At the same time, universities are peculiar places with specific power structures and bizarre social norms, so be careful not to assume that what worked (or failed) on campus will work or fail everywhere.

3. You don’t know everything yet. In fact, you likely know very little (and that’s OK).
The internet has given you access to a wealth of stories and theories, but don’t assume that you know what’s going on just because you’ve read all the Tumblr posts about oppression, flipped through some Karl Marx or listened to every episode of Chapo Trap House. People at your school, and in the broader Halifax community, have been organizing for decades, and if you barge in recklessly you’re likely to undermine the work they’ve already done. Start by asking questions, listening and always remember that you learn more by struggling with your comrades than you ever will reading opinions on the internet or in the local alt-weekly. Find other people who want to change things and learn from each other.

4. Learn how to have conversations with other people. In person. Not on the internet.
It sounds simple, but this is the most important thing you can learn as an aspiring political organizer. Writing at people online or in print is fairly easy, but stopping and asking someone what they care about, listening to them and working with them to discover the ways that their struggles are connected to the struggles of others, is hard and rewarding. Petitions, tabling, promoting rallies—these are largely just organizing tools that let you have one-on-one conversations with other people. Those discussions are how you build movements and they’re also incredibly rewarding and often fun. The hundreds of conversations you’ll have with friends or strangers while asking them to sign a petition isn’t preparation to do the work of political organizing. Those conversations are the work.