Activist Paul Vienneau says legislation originally ignored social cost of not including those with disabilities. 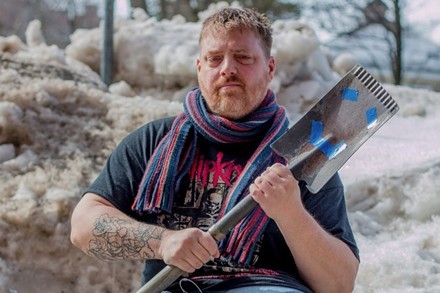 The province is amending its Accessibility Act after receiving criticism from advocates and Nova Scotians with disabilities.

The legislation is supposed to fulfill a promise made by the Liberal government “ensuring that all Nova Scotians have the ability to participate fully in their communities.” But when the act was brought forward, some people in the accessibility community felt it didn’t address their needs.

“As I understand it—in the beginning—people with disabilities from different groups contributed to the beginnings of this,” says Paul Vienneau, a local photographer and accessibility advocate. “But the legislation that we ended up seeing didn’t appear to have had us involved in it.”

Vienneau feels business-owners, on the other hand, were taken too strongly into account.

“There was talk of doing a cost analysis for specific things that would come up,” he says. “There was nothing mentioned in the legislation about the continued social cost of not including people with disabilities inside society.”

In early November, critics of the legislation (including Vienneau) appeared before a Law Amendments Committee meeting to voice their concerns. But even that was meeting was scheduled on short notice, says Vienneau, which was particularly inconvenient for those with mobility issues. But it appears those who did show up had their voices heard.

“You could sort of see a lightbulb go off. Like, they actually got it,” Vienneau says of the committee. “The legislation they brought in was more of a sympathy legislation. I think we sort of brought them into the empathy part of it, which is where things actually happen.”

Community Services minister Joanne Bernard says she’s heard from people who are happy with the act as it is, but she agrees it needs to be fine-tuned. For instance, it needs to be looked at through a social lens as well as an economic one.

On Wednesday, Bernard announced the accessibility legislation is being moved to the Justice department. Vienneau feels the legislation belongs there—just as “anybody else’s human rights” would be.

“Getting this right is pivotal,” says Bernard. “At the end of the day, we’ll have a stronger piece of legislation going forward.”

Bernard says Community Services will make sure to let people know about the next meeting well in advance. That's currently expected to happen in the new year.

Nova Scotia is the third province working on accessibility standards, with the others being Ontario and Manitoba. The federal minister of Sport and Persons with Disabilities, Carla Qualtrough, will be in Halifax next week to consult with community members on national accessibility legislation. As for Nova Scotia's legislation, Vienneau is feeling optimistic.

“This is such a huge set of doors that are gonna open to let people who’ve been historically denied access to a lot of things…to finally start pursuing what they want to pursue,” he says.