Canada passed basic rights for trans folks, but let's not congratulate ourselves too much. 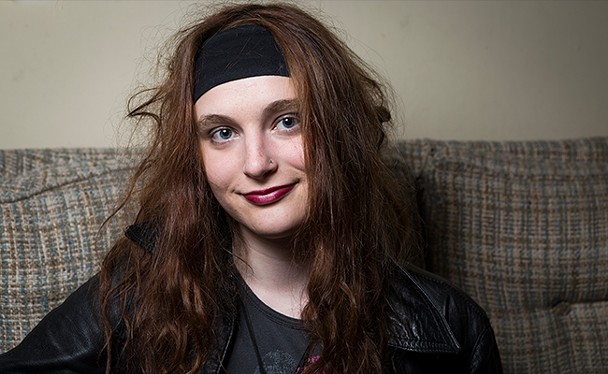 RACHEL MCGRATH
Jessica Durling is one of many who has advocated for a trans rights bill.
Forty years after the Canadian Human Rights Act was passed by parliament, transgender individuals are finally protected by the document. At least three different incarnations of a Canadian trans rights bill have been drafted in the last 12 years, and now the most recent one has passed.

“Discrimination and segregation no place in our society. It has no place in Canadian society,” says local activist Jessica Durling. She recalls the failed Bill C-279, and how she felt when it died in the before the 2015 election. “I remember saying very clearly, ‘Today we mourn, tomorrow we fight.’ And I think the Canadian LGBTQ community did fight.”

Nova Scotia has had provincial legislation around trans rights since 2012. The Yukon was the last place in Canada to approve a provincial bill of this kind when Bill 5 was passed on June 13, as reported by Rob Salerno in Daily Xtra. The territory is ahead of the curve, though, in allowing a gender-neutral option on birth certificates—something the other provinces have yet to do.

Vancouver-based advocate Morgane Oger says it’s about time the federal government caught up to its provincial counterparts. Bill C-16 is a small step, but it provides “explicit protection which will force some things to happen, like the tracking of hate crimes against transgender people.”

Oger is chair of the non-profit Trans Alliance Society. She also ran for the NDP in British Columbia’s provincial election. Aside from a handful of individuals, Oger says the public was largely accepting of her. The focus was on her policies, and fact that she’s transgender “was not an interesting political talking point.”

That being said, trans exclusionists do exist in Canada. Critics of Bill C-16—some of whom are self-proclaimed feminists—don’t hesitate to women who were identified as female at birth. For instance, Hilla Kerner of Vancouver Rape Relief and Women’s Shelter spoke about her issues with the bill in May.

“Sadly, extremists believe they speak for everybody. You see this in Vancouver Rape Relief’s testimony,” says Oger.

Extremists, she says, are just that. “For every idea, there’s an extremist that just didn’t get the memo.”

Then there are more extreme examples of transphobia. Later in May, a Halifax book launch by Sophie Labelle was cancelled due to online threats. Labelle, a comic artist from Montreal, travelled here to promote Dating Tips For Trans and Queer Weirdos at Venus Envy. Her Facebook page had been hacked and filled with Nazi imagery. Later, trolls took to the Venus Envy Facebook page to fill the business with negative reviews.

“This is what makes me so angry—is that the kids following my comics will get this message and will see how hard it is,” Labelle said in an interview at the time.

More recently, a women-only spa in Toronto was for trans exclusion due to  an alleged “no-male-genitals rule.” Meghan Murphy of Feminist Current leapt to the spa’s defence in a CBC op-ed. “It would be fair for women who visit the spa to assume they won’t see male genitalia,” Murphy writes.

Despite all this, Durling is hopeful things can change for the better.

“I like to believe three generations is what it takes for a society to sort of come around,” she says. “But I could be proven wrong.”