Looking back on the last year of movers, shakers, bakers and change-makers on the food and drink scene.

LENNY MULLINS
DARTMOUTH
We all know the moment Dartmouth started flirting with becoming cool: It was when Two if By Sea opened its doors in November 2009. But, frankly, it turned colder and there’s where it ended. For , anyway. (Let’s be honest: One great cafe does not a cool downtown make.) The last couple have years have laid some serious groundwork—Battery Park, New Scotland Yard Emporium, Il Trullo, Picnic, to name just a few—but it’s just been this past year that things truly started to feel like Dartmouth settled into its new skin with the one-two punch of The Canteen and Yeah Yeahs Pizza added to the mix, people in Halifax are really, truly looking at downtown Dartmouth as a destination and Dartmouth is looking back with a smirk and a “Tell me about it, stud.” 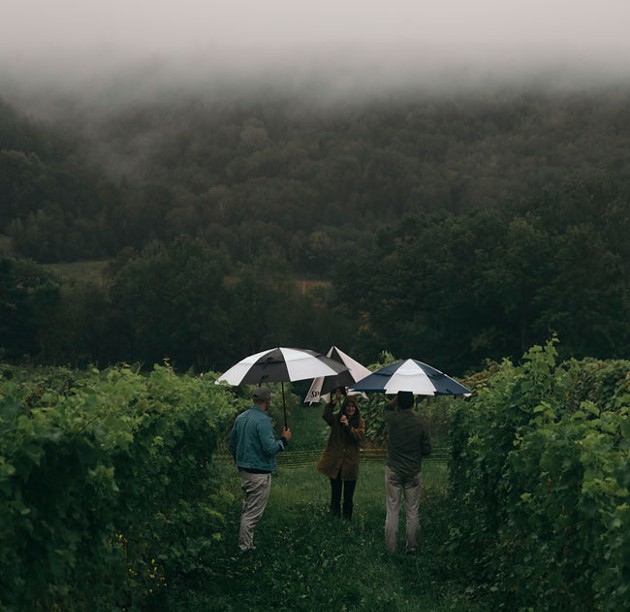 ALEXA CUDE
BENJAMIN BRIDGE
No wine has sparkled more this year than Benjamin Bridge, which grabbed the attention of James Lloyd, sommelier at Gordon Ramsay Restaurant in London where he added the 2008 Brut to their beverage program. “At Gordon we always like to discover new wines no matter where it comes from, the priority is absolute quality and it has to be which for me it hit both,” Lloyd says. We talk about ourselves a lot in Nova Scotia, but it’s always exciting to see when great work puts us on someone else’s larger map, and seeing that winery also featured on Food and Wine’s website and appear in a Wine Enthusiast post alongside Blomidon Winery this year makes it seem like 2017 might just be the year the cork has finally popped on Nova Scotia wine. 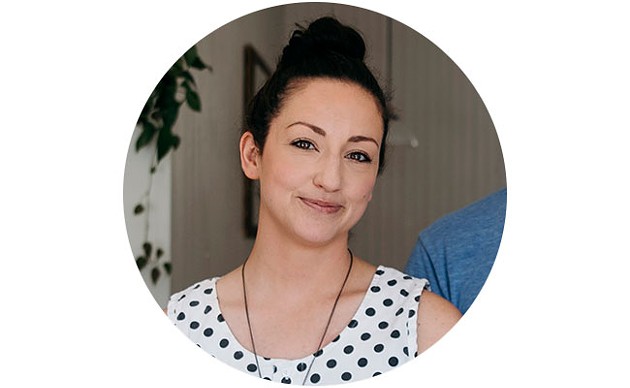 ALEXA CUDE
ANNIE BRACE-LAVOIE
Let’s be honest: Halifax is a city with a lot of middling seafood restaurants. The past few years have seen a lot of improvements, but nobody has raised the bar on fish dishes like Annie Brace-Lavoie. There are a number of bright spots when it comes to restaurants this year, but Bar Kismet is the dog star and Brace-Lavoie, with her reverence for the fresh ingredients she uses, her keen understanding of balance and flavour, and her straight-up ridiculous talent is one of those rare chefs who make you think the food community in Halifax is not just gonna be OK, it’s gonna be the best.

LENNY MULLINS
POP-UPS
The restaurant community in Halifax is very white and, frankly, pretty racially segregated. This year, the Globe and Mail struggled to name a single Black-owned restaurant in all of Nova Scotia. Restaurants that are owned and operated by people of colour in Nova Scotia are often othered, not counted by the marketing organizations that try to put a face on “Nova Scotian food” and somehow always set apart in conversations about food. For instance, the idea of “chef-inspired” tends to only apply to a certain set of Euro-inspired menus and chef events and dinners are often hosted by collaborations that look like a list of contestants on The Bachelorette. For another instance, most people can’t name the chef at their favourite Chinese restaurant while white chefs who haven’t worked in restaurant kitchens in years still get media interviews. It might seem small in a lot of ways, but one of the biggest steps forward for this community this year was the way the owners of Stillwell and Good Robot—and if you want to talk homogenous, craft beer is probably even more samey than restaurants—rallied to support the team behind , inviting them to serve up food in beer garden pop-ups when renovations shut down their kitchen for half the year. It is rare to see this kind of integration of communities in the restaurant scene. In any scene. I hope we see more of it. We have a long way to go when it comes to sharing certain privileges and having a supportive, inclusive and uplifting business community, but this year felt like there was at least a step in the right direction.

JESSICA EMIN
CHIMNEY CAKES AND THE ICE CREAM CRAZE
Where there’s smoke there’s fire—and sometimes ice cream? Andrei and Orit Paunescu’s itty bitty coffee shop and Hungarian bakery, Roll On Two, opened downtown just as winter 2017 was winding to a slow, cold close so they weren’t quite ready to think about summertime. Its claim to fame was handmade, spit-baked kürtőskalács (AKA chimney cakes), a fluffy, golden delicacy they were happy to roll in chocolate, coconut and sprinkles, as well as some savoury toppings for the non-sweet seekers. It was unlike any baked good in town. But when warm temps arrived, so did the ' desire to fill their pastries with soft serve and sauces and—as you probably witnessed via many well-liked Instagram posts—people freaking loved them for it. Roll On Two and Manual Food & Drink Co’s Dairy Bar on South Park were two key players in a season of very beautiful, very rich, very photogenic ice cream cones and sundaes. Scanway, the now-closed Sweet & Tears and Go 2 Eat were the cherry on top.

ALEXA CUDE
DHABA SWEETS AND SPICE SHOPPE
Dhaba Casual Fine Dining’s sibling business actually first opened its doors on Oland Crescent in summer 2016, but it was this past year that things really started to snowball for Faizal, Salmath and Nadia Junus. Their Dhaba Sweets and Spice Shoppe—a source for Indian groceries, desserts, spices and Halal meats that lives next-door to the restaurant in Bayers Lake—kind of blew up in 2017, which pushed them to make a couple of big moves. This year the grocery both expanded its in-store square footage, by taking over more space in its strip mall and its reach by opening an online shop. This made room for home deliveries across HRM and (thanks to a partnership with Maritime Bus) communities across the region who might not have direct access to Indian sweets. The continued demand for the Sweet and Spice Shoppe’s offerings is proof that the Junus family is totally filling a void, and their gusto for growth might just be the