A parade everybody loves

As the growing Pride parade attracts mainstream support and corporate cash, has it sold out its history as a political march? 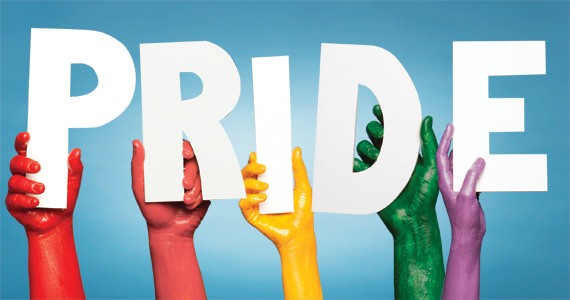 Everyone loves a parade, but Halifax's Pride co-chair Ed Savage caused some consternation over Halifax's Pride parade when earlier this month he declared it non-threatening to conservative social mores.

"That's what we strive for, to make it less promiscuous than other prides across the country," Savage told Metro reporter Alex Boutilier. "Our way of life in the Maritimes is different. And we also feel that our allies and our family aspect of Pride are just as important."

National queer organization Xtra! quoted the story on its website, and the Halifax organizers were criticized for un-prideful behaviour and caving to intolerant views.

In response, the Official Halifax Pride Facebook group posted a statement from the board apologizing for Savage's "poorly chosen words, quotes taken out of context and the lack of a full and quick response."

Savage backtracked with a statement: "Firstly, 'promiscuity.' The comments made led the community to raise serious questions about how Halifax Pride views sex, sexual expression, gender expression, flamboyance and (to use one participant's words) 'weirdness.' We want to be clear---Halifax Pride values, celebrates and loves all of those things."

In an interview at the Halifax Pride office, nestled into Menz Bar, Savage makes his intentions clear. "You know I think we've put that to bed," he says. "We sent out a mission statement about Pride telling everyone, explaining what all those words and what they meant. We apologized to the community."

"I think that for us as a festival we want you to be who you want to be, who you are," says Savage. "We are not asking you to be anybody different. We're an all-inclusive, all- accepting festival. We always have been and always will be."

Still, Halifax's queer and trans community feels under-represented. And a series of alternative events not organized by Halifax Pride popped up to give voice to that disaffection and take Pride Week beyond the staid parade: Queer and Rebel Days (a 10-day pre-Pride event in Halifax), Strap 'Em On, Strap 'Em Down (a TransAction fundraiser July 21) and Halifax's Dyke and Trans March on June 22.

"Pride festivals are still very relevant because of the various issues and forms of oppression members of our communities face on a regular basis," says Rebecca Rose, one of the 20 organizers of the Dyke and Trans March. "Gender expression and gender identity are still not recognized under Canadian human rights law and the criminal code; queer and trans folks still face queer-phobia and trans-phobia in our our communities, schools and even our homes. Queer and trans sex workers still face violence on a regular bases and queer youth are killing themselves because of bullying."

Venus Envy owner Maggie Haywood's never thought it was promiscuity that got everyone's back up.

"People worried that the organizers of Pride might be trying to shut down expressions of sexuality in what is already a pretty tame parade by most cities' standards," she says. "We've seen other cities censor their parades, as in Toronto last year, or ask participants to tone it down---in Winnipeg a few years ago, the statement 'No drag queens or butch women, please.'"

The term "family-friendly" remains problematic. "I can't see the harm in children being exposed to the wide spectrum of sexual identities and gender expressions that are on parade during Pride," she says. "If you can't explain why that man isn't wearing any pants, then maybe you shouldn't be at the parade anyway. Honestly, kids are exposed to way more damaging messages at Toys "R" Us on a daily basis. Or how about Abercombie and Fitch's push-up bikinis for seven-year-olds?"

Married gay couple Mel Petrunia and Jasmine Walsh are raising two adopted children. They felt there wasn't a need to advertise this year's Halifax Pride as more family-oriented. It is inherently.

"As a queer family, we are thrilled that there are bouncy castles at the Pride festival," says Walsh. "But we don't benefit and our kids do not benefit from putting a mask on our community to placate anybody. Pride is an excellent opportunity to celebrate what is different about our family."

"So, advertising it as less promiscuous and more family oriented seems like a false admission about what it has been in the past," says Petrunia. "Frankly, I think most people would see more lewd behaviour and promiscuity on Pizza Corner on a Saturday night."

It's no longer questioned whether there is a need for a parade---participants flock to the event annual. It's the members of the queer community who wonder how far Pride parades have strayed.

"It has become bigger and less political. I think that there is some gain and some loss in that," says Walsh. "When I came to Halifax Pride it was a march, not a parade."

Walsh remembers marching along Water Street, one of about 50 queer folks with a couple of rainbow flags in downtown St. John's, Newfoundland a decade ago. "That felt much more powerful than today's celebrations," she says. "I think, though, that as long as there are people still in the closet, as long as there is still discrimination against LGBTQ people in families, schools and workplaces, there is still a need for Pride."

Over the years, Pride festivals all over the world have grown more corporate. Apparently it pays to have your business have a float, get your staff out, dress up and dance in the parade (if those dancing staffers also hand out free swag, you've already cashed in on your advertising budget).

Halifax's is no exception. With over 60,000 people attending our parade, Halifax Pride is the fourth largest Pride festival in Canada, the second biggest parade in Halifax and the largest ride celebration in Atlantic Canada.

"I think it's a question of who is Pride for," says Haywood. "On one hand I can see the benefits of larger companies sponsoring Pride, in that it shows the greater Halifax population the support and acceptance for LGBTQ people who live here.

"On the other hand, I'm not sure that companies who sponsor Pride mainly as a marketing tool are doing us any favours, especially if they're not directly involved with the queer community the other 51 weeks of the year."

Haywood can get behind companies that sponsor the festival or enter the parade to celebrate their LGBTQ employees, though a few participants make her scratch her head.

"Halifax Harbour Authority and the Nova Scotia Air show, really?" she says. "It's 2011. Just being in the parade is not much of a political statement. Why wasn't that dancing MacPass wearing assless chaps, huh?

"It just seems to me that some companies are in the parade to advertise to the niche market that is the gay community rather than highlight how they are involved with that community. And that makes for a boring parade."

It's not like there aren't causes to fight for, locally and abroad.

"Local issues like trans health coverage or the blood donation ban on men who sleep with men---even one time, even if it was 30 years ago---are worth protesting, and the global fight for rights is far from over," says Haywood. "I think it's a shame that the Halifax Pride parade has changed from a march that anyone could join to a parade that you have to pay to be in."

Shannon Webb-Campbell is an award-winning writer, journalist and photographer. She lives in Halifax.