A live music strategy for Halifax might be on its way | Music | Halifax, Nova Scotia | THE COAST

A live music strategy for Halifax might be on its way

An “industry-led live music working group” would develop the plan. 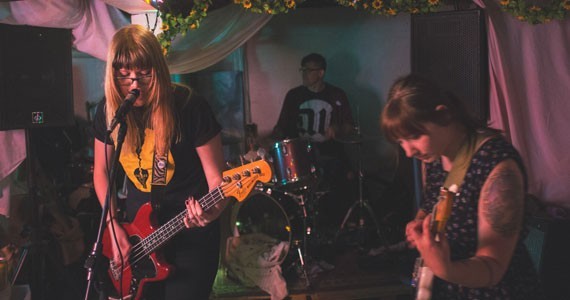 Dylan Chew
How can Halifax encourage, "enhance and protect" its sweet tunes?

Music in Halifax may be going through some changes—hopefully positive ones—if a motion by south end councillor Waye Mason goes ahead.

At Thursday’s meeting of the Community Planning and Economic Development committee, Mason is asking for a live music strategy for HRM. An “industry-led live music working group” would be put together to develop the strategy.

Mason was inspired by a 2015 report from Music Canada and IFPI: The Mastering of a Music City. The report offers a series of recommendations based one what’s worked in music-centric cities such as Austin, Berlin and Melbourne.

“That’s what this advisory group or this working group would be talking about—would be trying to implement the ‘music city’ program that’s already been well fleshed-out,” Mason explains.

A few Canadian cities have implemented strategies too. In particular, Mason says, “Toronto’s been right at the forefront of this.”

The strategy could touch on everything from what venues the city should own and maintain to how to manage noise complaints.

“It’s those kinds of discussions that have to happen: how do you enhance and protect (live music).”

On a smaller scale, there’s something Mason says has been discussed since before he was part of council.

“How expensive and how hard is it to get it so that when you’re on hold at 311…that the hold music is local music instead of muzak?”

He might be on to something, there. Listening to Ria Mae could make being on hold a lot less painful.