A legacy, brewed and bottled

From a tiny brewery with no intent to bottle to an undeniable anchor in an ever-growing craft community, this year Propeller Brewing Co. celebrates 20 years of making beer. 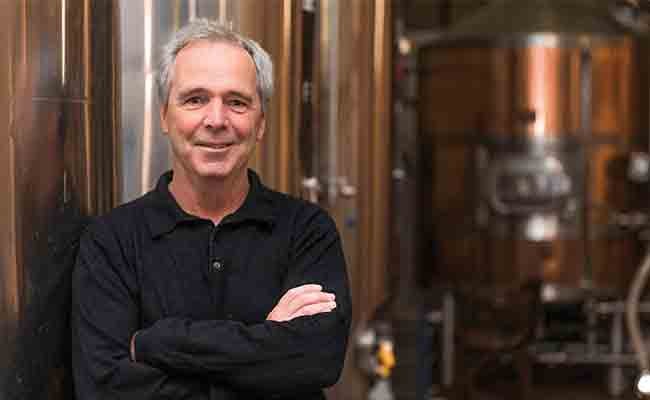 "I remember being in really good shape when I worked downstairs," John Allen says. He's leaning back in his chair at a desk in the tiny corner office tucked at the end of a short twist of a hallway that runs behind the storefront and tasting room of Propeller Brewing. The air in the office—on this block of Gottingen—has a slightly musty smell, earthy and yeasty. Bottles clink in the background like a series of gentle toasts that act as the soundtrack to a day in the life of a brewery.

And the days in the life of this brewery have been good. Good enough, in fact, that it's time to raise a real toast. Because this is the year Propeller Brewing Company turns 20.

In 1997, at 40, Allen was burnt out by the years he spent in the film industry. He had worked in the prop departments on Lexx and CODCO, but felt his career had hit a plateau. "I really needed a change," he says. "And this was my escape. Of course I had anticipated something smaller and simpler. I had imagined myself brewing a beer, having that beer, playing darts, you know?" He shrugs.

The first Propeller tap launched on July 15, 1997 at the Economy Shoe Shop. Then, they were only brewing around six times a month. "We didn't open with any intention to bottle," says Allen. "But it quickly became apparent that we had to start. So we really did it the hard way, you know, totally manual, hand capping." He figures they brewed a few hundred hectolitres in total that year. (At 100 litres, a single hectolitre is 195 pint glasses, or 344 bottles of beer.)

Propeller wasn't the first craft beer operation in Halifax: Kevin Keefe founded Granite Brewery in 1985 and that brew pub was in its second home, The Henry House, and had a host of loyal fans by the time John Allen started Propeller. But Propeller was a new model, a simple craft brewery. No pub. Just brew.

"The time was right," says Allen. "Before us there had been some local craft breweries that opened and failed. There was one in Cape Breton that bottled, called Highland. There was one in PEI called Island Brewing, and there was a really good brewery in Moncton called Hanshaus, which did a lager. And they didn't make it. So I guess the difference was the public was a little more accepting when we opened. Kevin was the pioneer, though."

Six weeks after opening, Propeller realized it needed to bottle. People would come into a tiny sales area in the basement of the brewery's Gottingen space looking for the ESB or Pale Ale—its two debut brews—to take home.

I used to say ‘Everybody wants a brewery.’ I always wanted one. Didn’t you? Obviously nothing is endless, but it’s still growing.

"You know, I remember actually people calling out—and I was doing all the bottling and the brewing then—people would call out 'I want two bottles of bitter' and I would sort of yell out 'Haven't got any. Sorry! I've got a pale ale in a minute!' and then throw the label in the bag with the bottle," Allen says. "There was literally no inventory at all."

As he describes it, that first year "beer was flowing and money was ebbing." There was no real model. Allen was drawing his own map, sometimes to sitcom results. "It's hilarious anecdotally," he says, "but I actually neglected to budget and supply a delivery vehicle. So I used my Toyota Tercel for deliveries. I would run downtown with, you know, five 50-litre kegs in the back. I remember the suspension coming up through the back of the car one day and then I was like 'OK, rent a van.'"

Every few years, though, something would happen to help the company along: A markup reduction, a distribution and warehousing deal, an excise tax break. And then came 2006, what Allen describes as a watermark year: "That was the year we opened the store on Gottingen Street," he says.

The IPA quickly became the biggest single-serve offering Propeller had. And it still is. In fact, it remains the best selling local craft beer at the NSLC.

Craft beer makes up five percent of the NSLC's beer sales. "Sixty-five percent of that beer is Nova Scotia product," says the NSLC's Denise Corra. The market share has been growing consistently. In 2015 it was 2.2 percent of sales. In 2016 it was 3.1 percent. "We're almost to the end of the year. We've reported every quarter and there has continued to be a growth somewhere in that vicinity."

As the market as a whole grows, Allen says that the brewery's rate of growth has levelled off a bit. "But it's also a much bigger number at this point," says Allen. "So we're still growing." The addition of the Burnside brewery—an expansion that allows Allen to keep the Gottingen home base without being a bad neighbour that brews around the clock, and one he says still probably isn't large enough—is testament to that. Last year they brewed about 10,000 hectolitres.

"After 20 years I am relieved to still be in business and to still be enjoying it. And it's validating," he says, adding a "or whatever," sort of shrugging off the weight of being a pioneer. "It's really great to see all the new companies. It's great to see the interest, to see all these new operations popping up. And it's great that there's enough excitement about craft beer that they all seem to be doing well: They all seem to be busy, they all seem to have draught around town.

"I used to say 'Everybody wants a brewery,'" says Allen. "I always wanted one. Didn't you? Obviously nothing is endless, but it's still growing."

Shean Higgins and Peter Lionais launched Tidehouse Brewing Company in late 2016. They, like Allen, are end-users turned home brewers turned craft brewers. That map that Allen was drawing 20 years ago—that he continues to draw today—has been an important part of the directional flow of craft brewing.

"Propeller is some of the first craft beer that a lot of Haligonians ever tasted. Us included," says Higgins. "It is inspiring to see that there can be longevity in the brewing industry. The expansion and continued popularity of Propeller is not only proof that it's possible, but that there is still room to grow."

As Propeller and the beer community around it evolve, Allen is just happy to have gone down the road he did. He has no regrets. If anything, now that Propeller has a staff of 28 that takes care of the brewing as he sits in the captain's chair, he misses the mash.

"It's a sensory occupation," he says. "I live upstairs in the building and I know when we're brewing. When we started I did all the brewing and eventually got kicked upstairs. But it's just a contemplative thing to do. And it's very physical and it's hard work. You have all that steam and smell and that lovely aroma and then the hard work of digging it all out and this and that. It's very satisfying."

"I miss it," he says. Then he laughs. "But, I mean, throw me in there and ask me later. It could be nostalgia talking."

Twenty years will do that to you.