A lack of imagination on Bloomfield

Parent Caroline Arsenault is upset the province passed on HRM's offer to buy the decaying property for a new school. 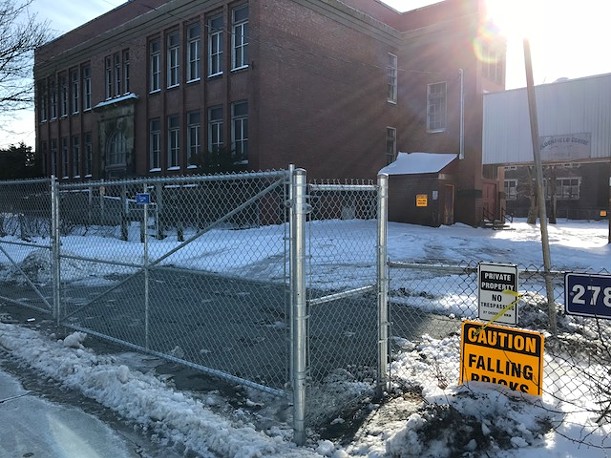 THE COAST
Whatever is going to happen to the old Bloomfield Centre, thanks to the province it won’t be a new school.

Caroline Arsenault, a parent who lives near the abandoned north end property, isn’t impressed with that decision.

“It’s just so disappointing that this government just doesn’t seem to be willing to think differently and think of other options,” she says.

The of Transportation and Infrastructure Renewal recently passed on an offer from the municipality to buy the former community centre with the hope it could be turned into a new P-12 school for the Conseil Scolaire Acadian Provincial.

The government says there aren’t any approved plans for new schools, and if there were the busy urban site would cause traffic congestion and create safety hazards for students.

“It’s a bit of a buck-passing situation, to be perfectly honest,” counters Arsenault.

“That essentially rules out the whole peninsula,” she says. “They’re just completely lacking in imagination. It looks to me like all they know how to build, and all they’re willing to build is suburban and ex-urban sites.”

Arsenault and her children at Nocturne last year.
Arsenault’s family lives just steps away from the vacant Bloomfield Centre, but her children take the long bus ride every morning to École Beaubassin in Bedford—the only Francophone elementary school on this side of the harbour.

Overcrowding at the Larry Uteck Boulevard school caused Arsenault and other CSAP parents to band together as an informal action committee a few years ago, with the aim of pressuring the government to find a solution.

The group has been working with the CSAP school board and community advocates in Imagine Bloomfield on plans to repurpose the ageing 3.3-acre Bloomfield site, which has sat empty since 2014.

But so far, she says, “the government clearly has no will to do anything to serve our community.”

The Bloomfield Centre was sold by HRM in 2012 to Housing Nova Scotia for $15 million. The province's plan was to create 400 new housing units—40 percent of which would be affordable housing—on the property. But after several years without any progress, Imagine Bloomfield and other stakeholders walked away in 2016. The province admitted defeat several months later and returned the property to the municipality.

City council voted last August to sell a portion of the site back to the province, provided it could be used for a new Francophone school. But the window for that sale came and went. The department of TIR ended up sending a letter to city hall, passing on the purchase.

Lisa Roberts, NDP MLA for Halifax Needham, says the decision by the Liberal government is a loss for the community.

“We know that public land is scarce and there is a lot of development pressure in this neighbourhood,” Roberts says in a press release. “The province could have taken this opportunity to safeguard a piece of public land for community use in the future.”

Arsenault says Imagine Bloomfield and the CSAP will both continue their work, but not together.

Council will discuss the future of Bloomfield and whether to sell it off for private development at its meeting later this afternoon.