A helping of VIMANA

An artist collective devoted to boosting and sharing skills thrives at Alteregos. 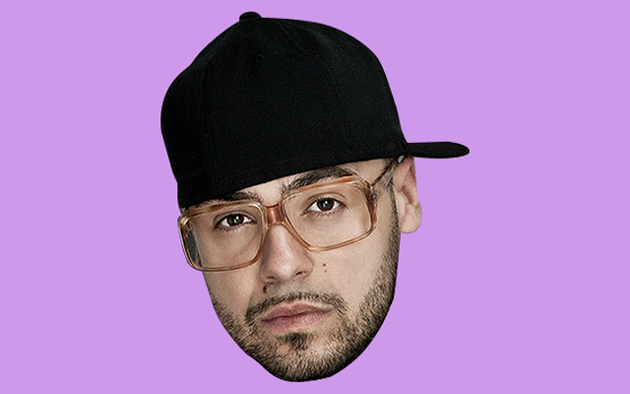 submitted
MC Darren Pyper—AKA Ghettosocks—is one of the nine founding members of the VIMANA collective.

A new artist collective helping to propel artists and musicians by providing resources and networking opportunities is one of the latest positive additions to Halifax's creative scene.

It's called V I M A N A. MC Darren Pyper (AKA Ghettosocks) is one of the nine founding members of the collective. "The collective was formed out of a necessity for a safe place for artists of various disciplines to create and network," says Pyper. "The idea is for artists to assist and empower each other through skill-sharing, sharing knowledge and sharing contacts to [help] foster growth amongst individual artists."

Having organized tours and produced his own mixtapes and albums, Pyper says he's glad to give back to Haligonian artists. "I hope that I can share my experience and skills with developing artists in order to help them become stronger and achieve more," he says.

The collective came to fruition after weeks of casual discussion followed by the first meeting and deciding on a name, which Pyper jokes was the hardest part. "Vimana" means "measuring out, traversing" in Sanskrit.

In the past few months program officers from Arts Nova Scotia and Music Nova Scotia have expressed interest in helping participants by hosting information talks at V I M A N A meetings.

"We've also invited the public to attend these talks and learn about what these established organizations have to offer," Pyper says, "and what artists need to do to become eligible for investment opportunities."

Unlike other provincial programs, what makes V I M A N A so unique is that, as Pyper says, "individuals work together for each other and the community directly [and] each member of the group has a different skill set so there is plenty of experience to draw from.

"Some of the skills members include are: Painting, drawing, singing, jewelry making, writing, producing performing music, graphic design and DJing to name a few."

Recently Pyper has been helping two of the founding members, artists Bria Miller and Julia Hutt, by giving them Photoshop and Illustrator tutorials.

"We've also helped each other by sharing links to events to our respective circles and social media reaches and by actively supporting each other's shows and events," he says.

It's that kind of reciprocity that will likely keep drawing in new members. Membership is open to anyone and meetings are held weekly at Alteregos Cafe (2193 Gottingen Street).

As for the future, Pyper says, "I'd like to see all of the artists in the collective get to a point where they feel confident enough to help others and ultimately have the collective expand...complete some large-scale collaborative projects and someday acquire our own space."