A eulogy for The Shubie Tree | Arts + Culture | Halifax, Nova Scotia | THE COAST 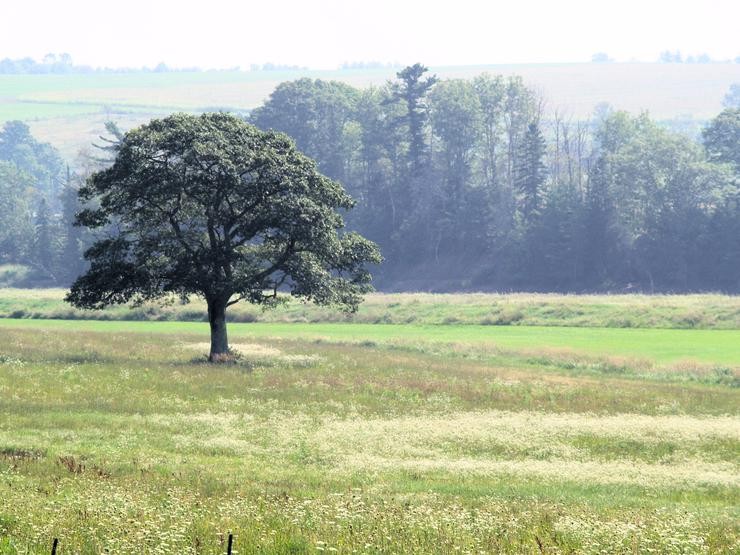 Daniel MacKay
The Shubie Tree in September 2010, snapped by local photographer Daniel MacKay who says it was the most beautiful tree in the world.

Remembering the landmark that Fiona felled.

We belong to each other.
That is probably the lesson encased by a cell wall,
photosynthesizing into infinity each time someone calls The Shubie Tree “mine.”

It fell alone in a field while the rest of us were busy securing shelter. “I saw the tree broken, and my body caved in, like I felt the heft of loss,” Sue Goyette, Halifax’s poet laureate, tells me. “And right beyond it on the highway was a little fox that had been hit by a car…. And then on my way back, at the exact same spot, but on the other side of the highway was a coyote. And I just thought: ‘There is a syntax, a sentence, that I don't know the verb or direction of yet: But there's a tree, a fox and a coyote all been brought down by a storm. And that feels like something significant.”

Daniel MacKay
Daniel MacKay photographed The Shubie Tree across decades and seasons—this pic is from a 1990s winter.

I called her to talk about you, and about us, and about how we’d make the journey without you there to mark it. Then I tried making the journey anyway, knowing it wouldn’t be the same.

You were “a welcome or a threshold in between,” Goyette says. “An important part of journeying,” a symbol of something more, just past the 66 kilometer mark on the Trans-Canada 102.

A highway is a thing of utility. An unfurling of efficiency that The Shubie Tree bore witness to and quietly subverted: A rootedness before fast-rolling steel corpses, a self-contained slowness that can’t be measured in km/h. An overstory of one, the type of tableau that feels lifted from The Golden Age into our digital one,

too blurry in the pictures snapped from the passenger’s side.

Roots burrowing and leaves reaching, an as-above-so-below type of selfhood that we could admire but less likely imitate.

The Coast
The impact of the tree's fall during the storm must have shaken the acorns off.

As if imitating an original was ever the point: The point was the feeling, the resistance under fingertips that something existed on our plane in a rhythm so outside our own that our steps had to be called in for questioning—or at least given a level look.

“Our Western culture, really, in my experience, we don't often consider our mortality as part of part of the bargain—and our impact on each other, because we're pretty isolated,” Goyette tells me, “because we're kept pretty busy trying to make a living in an increasingly expensive world.”

Every time you let go of a leaf, you reminded us of this thought we avoided, giving an ochre understanding of time—if but for a minute.

Three days after word of your ending spread, under a still-slate sky, eight seagulls circled inland, an airborne receiving line over the 102 as I reached the spot where you had stood. A lone canada goose flapped inelegantly, trying to get up to speed and out of your sight.

The Coast
The Shubie Tree, likely more than 300 years old, in late September 2022 after Hurricane Fiona.

The now-jagged trunk loomed much larger over the field than the highway would have a passer-by know, and that felt like the unsanded edge of a metaphor. I caught a splinter reaching out to touch the still-living moss encasing your trunk.

People who miss you are telling each other how you’re over 300 years old, though the fractures in your base made my attempt at ring-counting impossible. They say the other oaks nearby descended from your acorns.

That day, the tree’s upper portion lay silent in the field. The impact of the fall must’ve taken the acorns. On the still-attached cupules, raindrops stood still: Unshed tears. 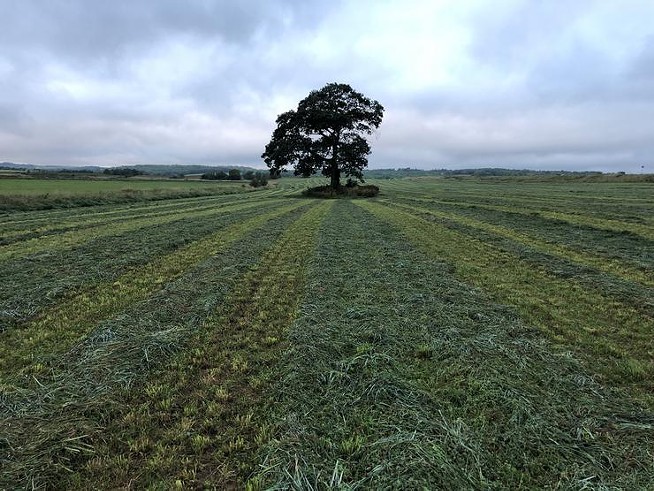 Daniel MacKay
The tree at the beginning of September 2022, weeks before Hurricane Fiona's destructive winds.