A day in the life of a busker

Sharon from Canada talks caffeine and self-starting. Hint: they go together. 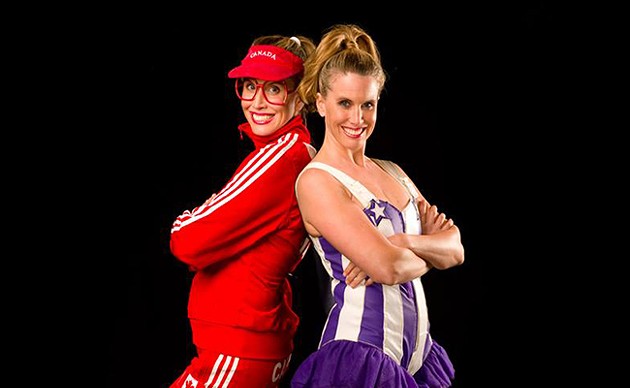 Sharon Mahoney—AKA Sharon from Canada—is a busker in demand, on the road most of the year, and travelling the globe performing her street performance/comedy show. Sharon from Canada is a passive-aggressive, patriotic and apologetic character, who, throughout the course of the show, breaks down and turns into her much brasher counterpart, with funny results.

Based on Canada's west coast, Mahoney's day isn't a typical 9 to 5, but as a self employed performer, her day is much like any freelancer's. Self-motivation is key, even when you're on a bus for hours. "Touring is fun because you're often with friends, it's like summer camp in a way," she says. "When I'm home I do a lot of stand up comedy, I usually go to the gym every day if I'm not doing shows. I do a lot of writing, and sometimes go out for auditions.

"Creativity comes in spurts for me—I'm not good at writing while I'm touring. I put so much energy into doing shows that when I'm off I need to do something that doesn't take any brainpower."

Pre- and post-show, Mahoney says it's all about caffeine and connection. "Post-show it's usually nice to talk to the audience, if they want to talk. I talk to other close friends at the fest, you just really need to enjoy your moments of downtime," she says. Beforehand, though, "caffeine is really helpful. My show is a comedy show, so I'm not doing backflips and stuff where I have to warm up. I get into costume, and have a can of Coke and just give'r."

"I want to connect back to myself, the earth, breathe some fresh air"