A Concerto is a contender

It’s a good week to be Ben Proudfoot: The Halifax-raised filmmaker co-directed the 2021 documentary short A Concerto is a Conversation, which is now up for an Oscar, as announced Monday by The Academy. (Arguably, though, Proudfoot has already won the ultimate prize by working alongside the Oscar-winning filmmaker Ava Duvernay, the genius behind 13th, Selma and When They See Us, as Duvernay has an executive producer credit on the doc.)

A Concerto is a Conversation is Proudfoot’s first nod from the Oscars. It follows a jazz pianist’s family lineage from Jim Crow-era Florida to the Walt Disney concert hall. Released through the New York Times’ Op-Doc series, you can watch the full 13 minute film on the NYT’s YouTube channel. 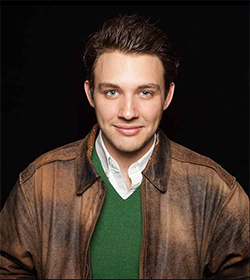 Errisson Lawrence for imdb
Ben Proudfoot is co-director of the 13-minute documentary A Concerto is a Conversation.
“It feels impossible, right?” says Proudfoot of the nomination, speaking by phone the day after the good news. "It hasn't clicked yet, I'm obviously totally elated and Kris”—that’s his co-director, Kris Bowers—“and I are just like over the moon thrilled. And [documentary subject] Horace, his grandfather, is like just beside himself.” The first person in Proudfoot’s life to hear about the nomination? His mom, who was standing next to him as the list was announced.

“So, a lot of people see short documentaries as sort of a stepping stone to making feature documentaries,” Proudfoot adds, before explaining that the studio he founded, Breakwater Studios, highlights the power of the short doc format. “As much as feature documentaries are beautiful and important, it’s hard to beat distributing your film on the internet, and being able to capture people's attention and get your story across in, you know, 13 minutes in this case.”

Proudfoot’s the only Haligonian to land on The Academy’s ballot this year—and I’d be remiss if I didn’t take this moment to mention that the old boys missed the mark by not including another local film hero, Eli Goree, in the nominations. Goree’s turn as Cassius Clay in Amazon's One Night In Miami is, as I’ve said before, a career-making performance–and one that’s caught the attention of the Black Reel Awards, putting him up for an award that Daniel Kaluuyan won for his starring role in Get Out and Lupita Nyong’o snagged for her turn in 12 Years A Slave.

ONIM did get nominated for Best Adapted Screenplay and Best Original Song, while Goree’s co-star Leslie Odom Jr. made the cut for Best Supporting Actor. We could point out it’s rare for a movie to get more than one nomination in each acting award slot, but with two  actors from ONIM competitor Judas And The Black Messiah in the running for Best Supporting Actor, instead we’ll say Goree was robbed.

But, all that aside, mark your calendar now to see Proudfoot take home a golden statue (let's manifest his win, Halifax) by tuning in to the Oscars April 25 at 9pm.