Welcome to Harbourdale | The Coast Halifax

In a shocking twist, it turns out the dramatic teen characters from television’s guiltiest pleasure are a perfect match for this city’s eclectic assortment of universities. Let’s break down the suspects.... 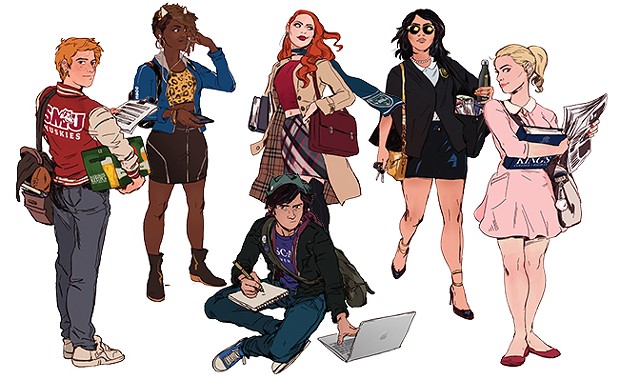 Earlier this year, the television landscape felt bleak, rudderless without a good teen drama to act as guilty-pleasure viewing while we awaited the return of Serious Dramas like Twin Peaks and Game of Thrones. What a treat, then, when Riverdale landed on the scene—and wasn’t only a guilty pleasure, but a full-on feast in its own right. Here, we satiate our anticipation for season two by day-dreaming which Halifax university Riverdale’s core characters would attend. 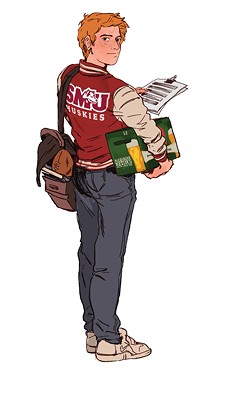 Archie Andrews
Good ol’ American boy Archie (and his too-perfect teeth) spends most of Riverdale’s first season struggling with a personality crisis: Should he be pursuing football or music? And while Blandrews’ problems seem flat compared to the quickly splintering lives of his peers, they do, in their banality, have a more authentically teen vibe (or at least more familiar teen TV territory).

As the internal war between artist and athlete wages on, Andrews would fit right in at Saint Mary’s University. The school’s over-the-top love of all things Huskies is about as close as Halifax comes to the football fever of Riverdale High. Off the field, taking some liberal arts classes will allow his inner artiste to flourish. Maybe Archie can even pick up some business classes to save his dad’s—let’s face it—very mismanaged construction company. And really there’s no other fashion choice that fits this ginger better than a maroon and white SMU letterman jacket. 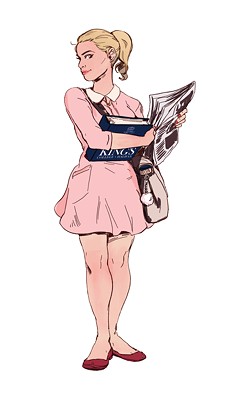 Yes, Betty’s blonde and sweet and super into pale pink, but there’s more to Archie’s BFF than her glittery surface (and no, we’re not talking about the tired trope of her “dark side” that takes up too much time in season one). She’s ballsy, inquisitive and has a sense of social justice that guides her to take on institutions of power. These are all things that’ll make Cooper a tough-as-nails journalist, following in the footsteps of her parents and the glass storefront, two-person print newspaper the Coopers apparently publish. Hell, Betty somehow single-handedly resurrected Riverdale High’s Blue and Gold—in what feels like five minutes of screen time—and then hired her own mother to work for the student newspaper.

All of which means the journalism industry in Riverdale is as confusing and nonsensical as in Halifax. It also means Betty would be given a full scholarship to attend the University of King’s College. She’d no doubt ace every course in journalism school and uncover the next Watergate from the roseate confines of her childhood bedroom.
———

Josie McCoy
The biggest talent and strongest stage presence in all of Riverdale. It’s not a question of if Josie will become a star, but when. While we’re waiting for the world to notice those golden vocal cords, we see her sharpening her equally strong brand development with the music business course at the Nova Scotia Community College. Sure, her mayor mom could afford some expensive arts program in Toronto or wherever, but the McCoys are nothing if not practical about getting paid. Josie knows music is a business, and she’s not here to make friends. Today: The Rockland County Battle of the Bands. Tomorrow: The world. Whether she even needs the training is up for debate. Not even the best instructors at NSCC could come up with branding as perfect and iconic as Josie’s signature leopard-print cat ears. 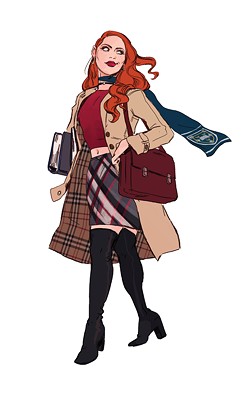 While we’re still not terribly convinced Cheryl Blossom and Lana del Rey aren’t the same , we can’t stop swooning over the long red locks, neo-gothic fashion sense and ice-queen sensibilities Blossom to every locked room and secret conversation she dramatically swoops into. We see her as Queen of Bedford from day one, making all of Mount Saint Vincent University bow to her like the River Vixens. Her status as queen bee to an all-female friend group makes for a lovely nod to MSVU’s history as a one-time women’s only school.

The university even has maple leaves on its coat of arms—supposedly to represent Canada, but we like to think they’re a reference to the incestuous Blossom family’s nightmarish maple syrup kingdom. If that all wasn’t enough, how about the fact that the Mount was completely destroyed by fire in 1951, which (spoiler alert!) is just so Cheryl. 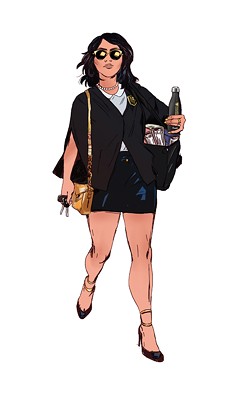 She’s a legacy name. The type of kid used to wandering marble halls and who also happens to rock a colour palette of jet black and shining gold. The stylish socialite Veronica Lodge would be a perfect fit at Dalhousie University, though looking fierce in school colours isn’t the only reason why. As someone whose prestigious family is currently weathering gossip and scandal, Ronnie can empathize with Dalhousie’s recent streak of highly publicized scandals. Fronting money to send elite Nova Scotian business execs to an MIT training course—amongst other headlines—isn’t far off from multiple counts of embezzlement.

We’re not saying parents are involved in a confusing scheme to hire local ruffians and drive down property prices at the local drive-in, but it wouldn’t surprise us.

The brooding, mysterious Jughead narrates most of Riverdale’ torrid escapades from a booth at Pop’s while hammering out his sure-to-be-unreadable neo-noir novel. In case you haven’t noticed, he’s weird. He doesn’t fit in and he doesn’t want to fit in, OK Betty? Seems a natural fit for NSCAD University, really.

Even tortured-soul artist types need friends, and the creative, accepting crew at Halifax’s prestigious art school would take him into their fold like the lunch tables of Southside High. Jughead could even make friends with a drawing major and turn the murder-mystery of Jason Blossom into a gripping graphic novel. Or maybe team up with some textiles students to sell a locally made line of knitted beanie crowns.