Governments that don't learn from an inefficient and expensive funding model seem doomed to repeat it. 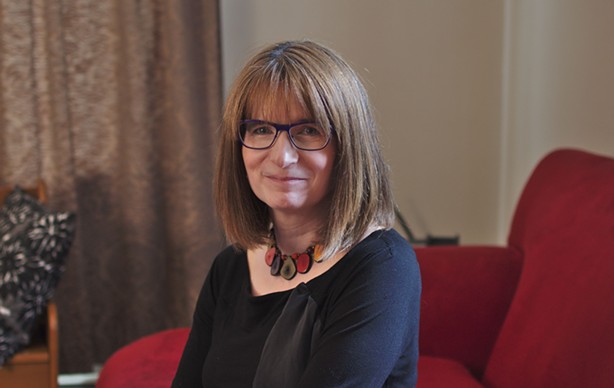 SUBMITTED
Christine Saulnier (@cmysaul), PhD, is the Nova Scotia director of the Canadian Centre for Policy Alternatives (@ccpans).
Last summer, my organization published an evaluation of the 39 P3 schools built in the late 1990s. We concluded that it was a failed experiment marred by cost overruns, massive private profits, mismanagement and an overarching lack of evidence-based decision-making (echoing the Auditor General). We recommended that the province the discount rate (43 percent of market value) and buy all of the schools, putting an end to this experiment. The province seemed to agree with this analysis, and at the conclusion of negotiations on the 39 schools decided to buy back 37 of them at a cost of $215.9 million. Added to the cost of the original contracts, the total costs for these 39 schools was just over $900 million and that is just for the lease payments and interest. We will never know how much this experiment actually cost.

Were lessons learned from this billion dollar experiment?

One would think that the disastrous experience with P3 schools would be enough to rule out the private-led design-build-finance-maintain-operate model. Indeed, there are hundreds of examples around the world—and many here in Canada—of governments paying millions or billions more for P3 projects compared to traditional public procurement, whether for water, energy, transportation or health infrastructure and services.

Despite the evidence, the government has just awarded a contract to an accounting firm to conduct a “value for money” analysis that compares a more traditional public sector-led approach to a P3 delivery model for the QEII redevelopment project. The government is not oblivious to the controversy, explicitly referring to it in the tender: “P3 business cases and value for money analysis are highly debated in public and political forums.” The bidder was to propose a process that would “apply learnings from experience elsewhere.” But given the international experience with P3s, what would that process look like, exactly?

For decades, P3 proponents have said that the model is not the problem—it’s the process that needs improvement. But the model itself has proven to be an inefficient and expensive way to finance infrastructure or services because of higher financing costs, transactional costs for entering into these agreements, and (often overpriced) premiums charged for transfer of risks for which developers are over-compensated.

The real risk is that, unlike the public procurement model which has built-in mechanisms for public transparency and accountability, the details of these P3 contracts are never really known because they are shielded from the public by “commercial confidentiality.”

Any evaluation of which model must weigh environmental and community benefits against narrow cost-savings or ‘risk’ assessment.

When it comes to the QEII redevelopment, we need to be able to ensure that we are not locked into 20-year leases that dictate our ability to repurpose or otherwise change the terms of the operating agreement without drawn out negotiation costs or additional fees as was the case with the P3 schools.

Government decisions must consider the full range of public interest objectives especially when it comes to building public infrastructure and the delivery of public services.

And when public accountability and transparency need to be paramount in the evaluation process, accounting firms who have been vocal proponents of P3 models or/and benefit when these contracts need to be negotiated, may not be the best-suited to perform this kind of analysis.