The long road to forgiveness | The Coast Halifax

The long road to forgiveness

Fern McCuish travelled to the other side of the country to meet the man who murdered her father. 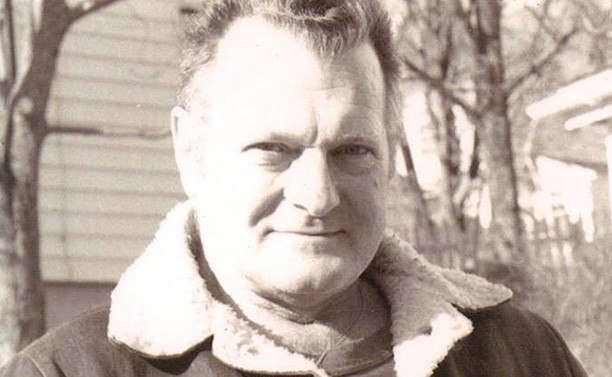 SUBMITTED
Kenneth McCuish was killed in his home in 1996.
Driving along the winding, dirt road into British Columbia’s mountains, the heavily wooded area made Fern McCuish feel like she should be on a relaxing visit to a lumber camp, but instead she was full of anxiety. This was no camp, but a prison. She was about to come face-to-face with her father’s killer, 17 years after her dad was brutally murdered in his own home.

“I felt like I was standing on the edge of a cliff,” she recalls, sitting comfortably in a downtown Halifax restaurant four years after the BC trip.

On February 20, 1996, McCuish was taking a course in Ontario when she was called out of class to take a call from her sister. “She said, ‘You need to come home. Dad is dead.’”

She flew back to Nova Scotia and immediately went to her father’s home in Lakeside. There was an RCMP cruiser guarding the driveway, a tent erected on the lawn, crime scene tape circling the house, her father’s body still inside.

Sergey Tsyganov was found in the home and arrested. According to Parole Board documents, he came to Canada from Russia illegally in 1991, and literally jumped ship.

Kenneth McCuish took Tsyganov into his home and helped him with his claim for refugee status. In a parole application, Tsyganov wrote that he became depressed, angry and financially irresponsible after separating from his wife several years after moving out of McCuish’s home. He said he manipulated McCuish into inviting him back into his home under the pretence of needing help with a car.

After a lengthy trial, Tsyganov was convicted of second-degree murder and sentenced to life in prison with no chance of parole for 19 years. But McCuish still had many questions.

“All these questions were going around in my mind all the time, and I was kind of second-guessing, ‘OK I think this happened, or I think it happened this way,’ and it just made sense for me to hear it from him.”

She wrote a letter requesting a meeting. The first time Tsyganov declined, so she tried again 13 years later. This time he responded, expressing gratitude for the chance to meet.

“I would like to begin by saying how sorry I am for the malicious and horrible act that I have committed,” he wrote to her. “Subsequently, during the trial, I took a coward’s way out by smearing his good name and attempting to shift the blame on a man who could not have defended himself.”

He also offered to pay the airfare for his victim’s daughter to visit him at Kwìkwèxwelhp Healing Village, a minimum security institution built on traditional First Nation land about 140 kilometres east of Vancouver.

So, against the wishes of some family members who just didn’t understand, Fern McCuish travelled across the country and questioned her father’s killer. They were tough questions too, for her and for him.

She asked him to describe how he killed her father. “Do you remember how many times you hit him?” “Do you think he died quickly?” “Did he try to get up?” “Did he ask you to call an ambulance?” For four hours it went on and on.

And then she forgave him.

“It’s really hard to describe, but I left there with a sense of peace,” she says.

Coincidentally, one of the women who helped McCuish arrange the meeting now lives in Nova Scotia. Sandi Bergen has a background in psychology and sociology and worked with Community Justice Initiatives, a BC organization dedicated to restorative justice. For 25 years, Bergen helped facilitate meetings between offenders and victims.

“In many cases, they want to know what the offender has been doing while he or she has been incarcerated to ensure that there won’t be more victims when they get out,” Bergen says in a telephone interview from her home in Chester.

By his own admission, Tsyganov initially refused to take responsibility for what he had done. While in a maximum security prison, he was involved in several incidents and was disrespectful and abusive to staff and other inmates. As time went on he took anger management classes, got his high school diploma and completed two trade certificates.

Bergen, who’s dealt with a range of cases including, murder, rape and kidnapping, says it isn’t uncommon for victims to offer forgiveness after meeting with an offender.

“The victim has this person as a monster in their mind, and for them to be able to sit down and see that there’s a human being there can make a huge difference,” she says. “In a strange kind of way, it gives them power.”

She also says a meeting offers something the court system simply can’t. “Victims will watch somebody in court in a trial and come to the conclusion that they’re not remorseful,” she says. “I can’t count how many times we’ve talked to people who have said, ‘I wanted to apologize, I wanted to express remorse, I wrote a letter and my lawyer tore it up.’”

Fern McCuish acknowledges it’s an individual choice, but for her it was an important step in personal grief.

“I didn’t want to go through my life with hatred,” she says.

McCuish went so far as to encourage the national parole board to give Tsyganov another chance. The board eventually did, deeming him a low-to-moderate risk to reoffend. He was deported back to his native Russia after he was released on parole in 2014.

McCuish says she asked him to move on and do well. That was all there was left to hope for, she believes, and it’s what her father would have wanted.